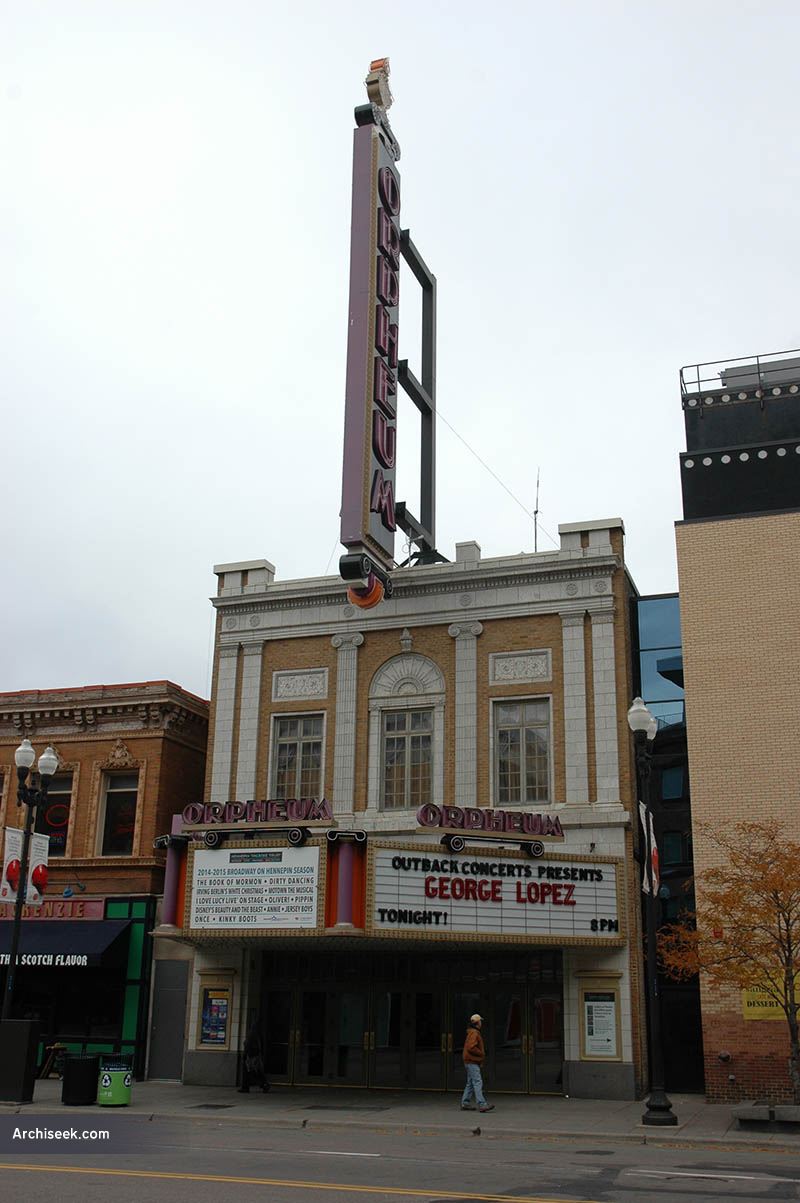 Opened October 16, 1921, originally named the Hennepin Theater. The theater actually consists of two separate structures: a long, fingerlike lobby that extends back from a narrow facade along Hennepin Avenue, and the auditorium, which is set back and parallels Hawthorne Avenue. The restored lobby includes six terra cotta bas relief sculptures. The auditorium is intricately plastered, with a number of garlands, swags, medallions, and other decorations. The ceiling has a dome with 30,000 squares of aluminum leaf. The building seats 1500 on the main floor and 1100 on the three level balcony.