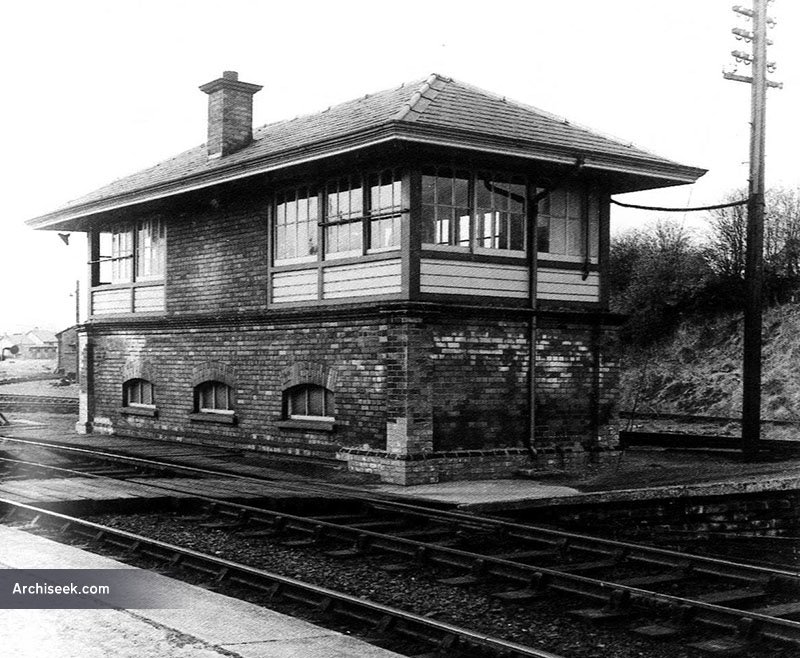 A fine example of Wise’s work for the Belfast and Northern Counties Railway is this signal cabin on the island platform at Ballymena railway station.

The original station buildings were removed in 1981-1982 during a modernisation programme by Northern Ireland Railways. But the cabin remains. It faced onto the narrow gauge lines which ran to the right of the cabin.