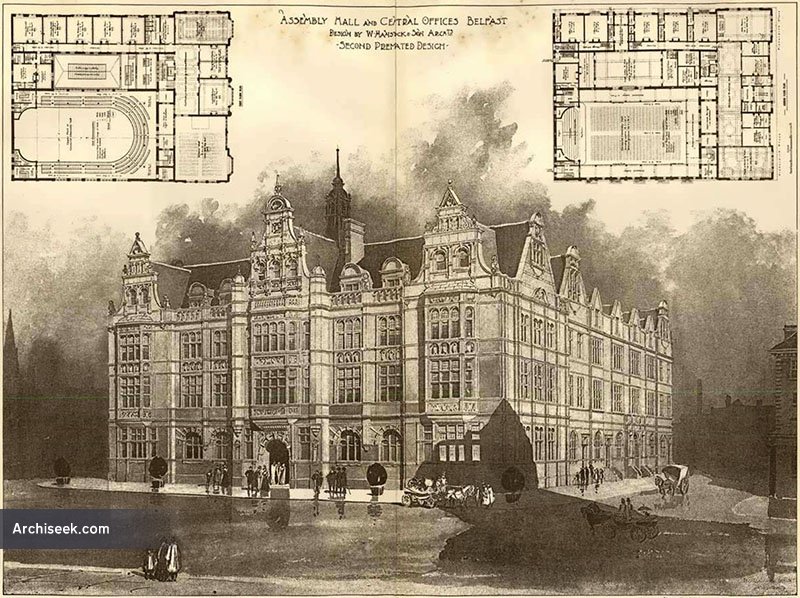 Second placed design in competition to design new assembly building for the Presbyterian church. A legend in Irish architectural competitions, as the architect who drew up the conditions was eventually awarded the commission. The assessor, Sir Thomas Drew, concluded that the conditions which limited the cost of the buildings to £30,000 were impossible to meet.

The organising committee then commissioned Robert Young, and the eventual cost of the completed building was twice the estimate allowed in the original competition. Illustration of Hanstock’s design published in The Building News, December 14 1900. Hanstock was an English architect who never built in Ireland.