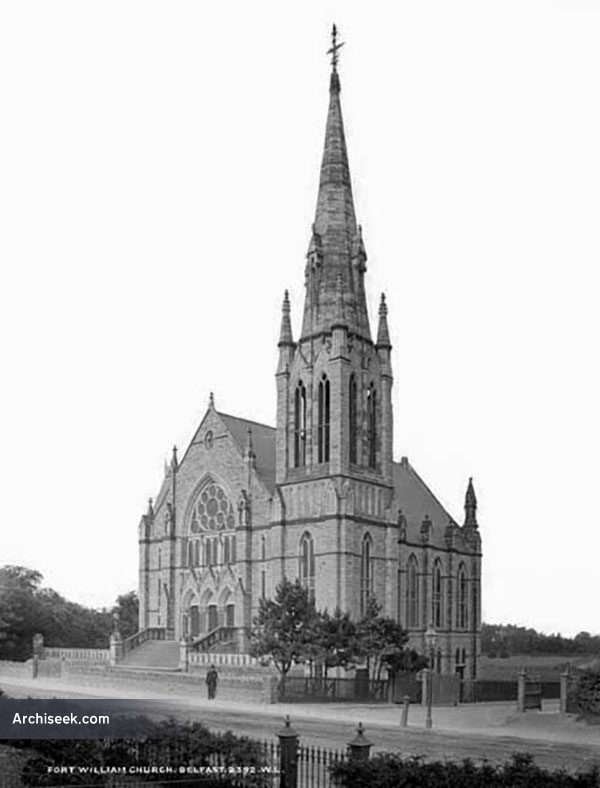 In June 1880, architects were invited to submit plans in a competition with prizes of £30 for the winner and £10 for the runner up. The plan was for a church to seat 800 people and a schoolroom, costing not more than £5,000. There were three entries. The design of Henry Chappell was chosen, but the plan showed a building too big for the site.

Not to be deterred, urgent negotiations were entered for the leasing of extra land. Eight tenders were received ranging from approximately £7,000 to £8,500. As this was considerably over budget, the plans were revised by omitting the school buildings and an entrance on the north side. By April 1885, the building was complete at a total cost of approx. £8,000. The completed church is a High Victorian Gothic (Early French) style church built over a school room hall. The exterior is finished in a Buff-Pink Scrabo Sandstone.