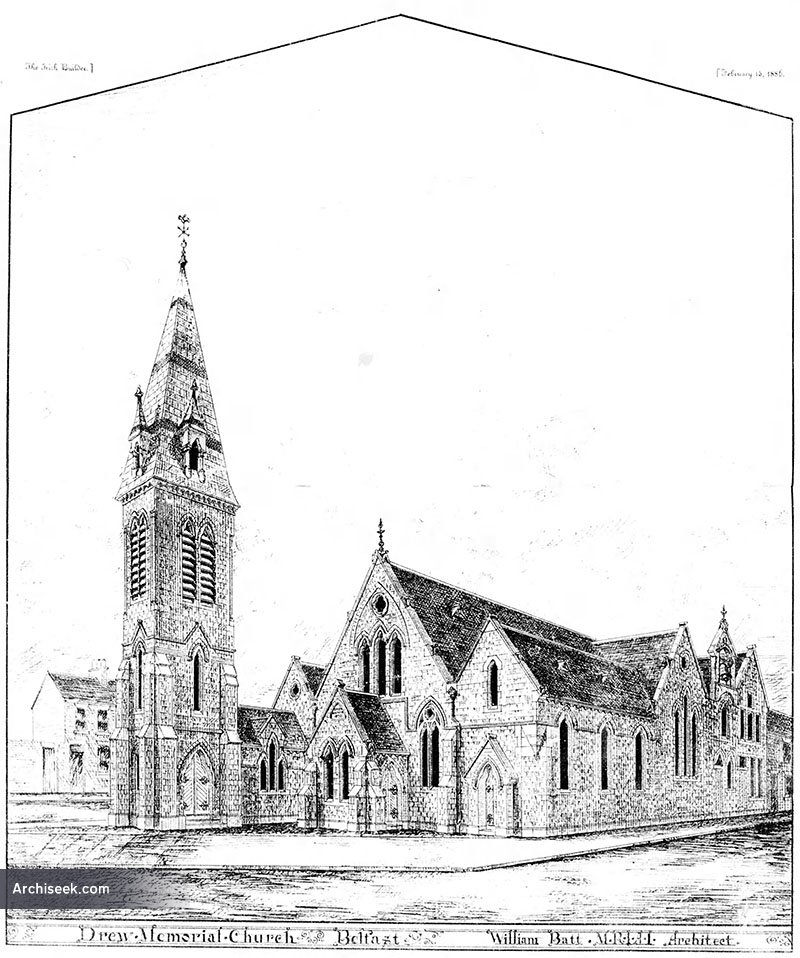 Unbuilt plans for the extension of existing church, constructed in 1870, and the addition of a school. The building originally started life as a school but due to demand for space in the area, was converted to a church.

“Within the past few years the demand was more space was again found necessary, and plans were prepared for a further addition of north and south aisles, gallery across end of nave, tower and spire, and new school buildings at rear, as shown by lithographed view, taking up the whole of the ground available for the purpose. As funds were not forthcoming, as expected, the rector was obliged for the present to dispense with the execution of the schools, tower and spire, and be satisfied with the erection of the aisles and gallery which was finished last year; and now the church has been made very commodious and comfortable, and is greatly improved in its internal and external appearances; but it is quite apparent the addition of the tower and spire, with the approach from it to the church would be very useful, and greatly add to the architectural character of the building , and denote its position.” Published in The Irish Builder, February 15 1886.