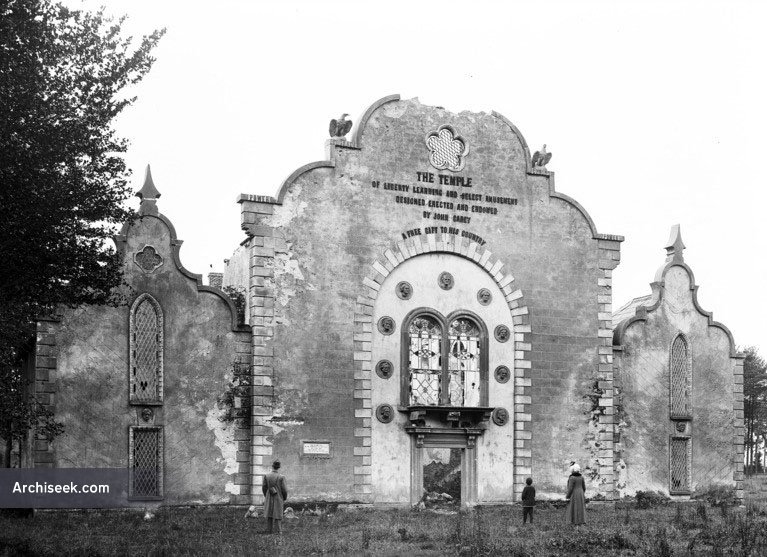 Designed and constructed by local Presbyterian minister John Carey. After being accused of plotting a murder, and disappearing for seven years, only to return newly monied, he settled in Toomebridge. He earned a reputation during the Famine of lending money at extortionate rates of interest, but, at the same time he was said to have been a benefactor to the destitute. An amateur architect, his own house boasted eccentric piers and gates.

This extraordinary building, ‘Temple of Liberty, Learning and Select Amusement’, had seating for one thousand five hundred people and had a fine organ and a fifty-candle chandelier. The facade boasted “A free gift to his country”. Its library contained five thousand books. It survived until 1910, when it was burned to the ground. Pictured after the fire.