1862 – Proposal for College of Physicians, Dublin 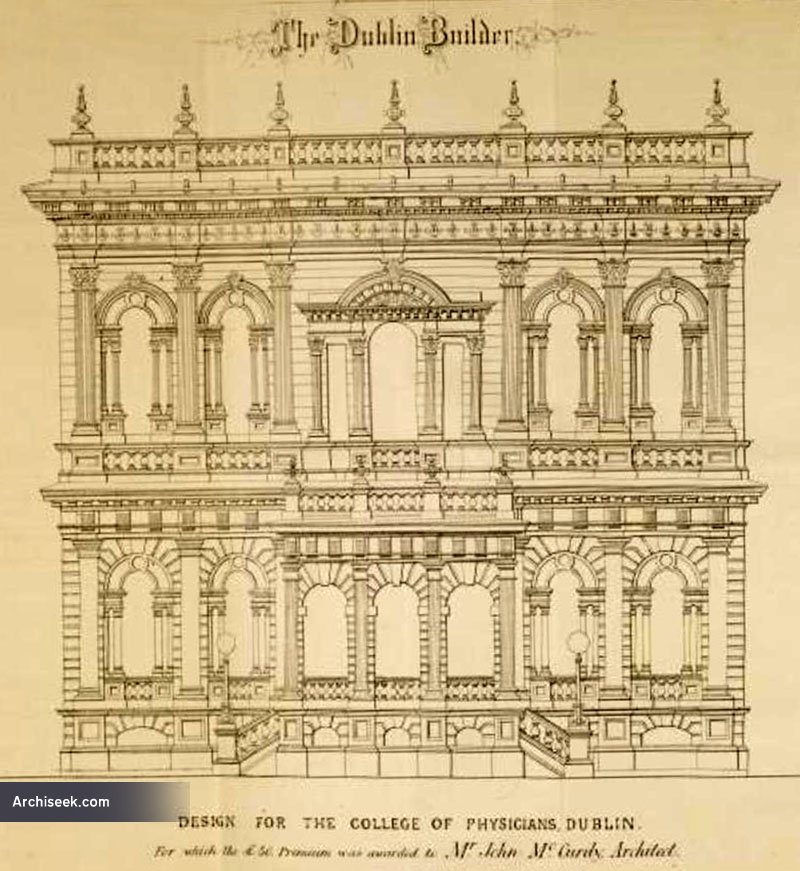 Unsuccessful entrant in competition to design a new College of Physicians on Kildare Street. McCurdy was awarded the sum of fifty pounds for his efforts.

“Quoting the substance of our description of this design when exhibited in July last with those by five other architects at Sir Patrick Dun’s Hospital we remark that Mr McCurdy’s elevation is more elaborate and the general arrangements more extensive and costly than in that to be carried out But the drawings seven sheets in number are very creditable and represent such an amount of labour as the premium awarded will hardly do more than moderately requite The front is a composition of Roman Doric and Corinthian though the ornamentation and fenestral arrangements are Italian and Venetian A projecting portico with three arch headed opens highly rusticated and a Corinthian columned superstructure above a continuous triglyphed entablature for the basement and a highly ornamental do and balustraded parapet above would seem in the description were it not for our preliminary remark to suggest a similarity in design to that approved But it is not so for the elaborateness of its ornamentation contributes a character of Palatial architecture which the other has not.” Published in The Dublin Builder, September 1, 1862.