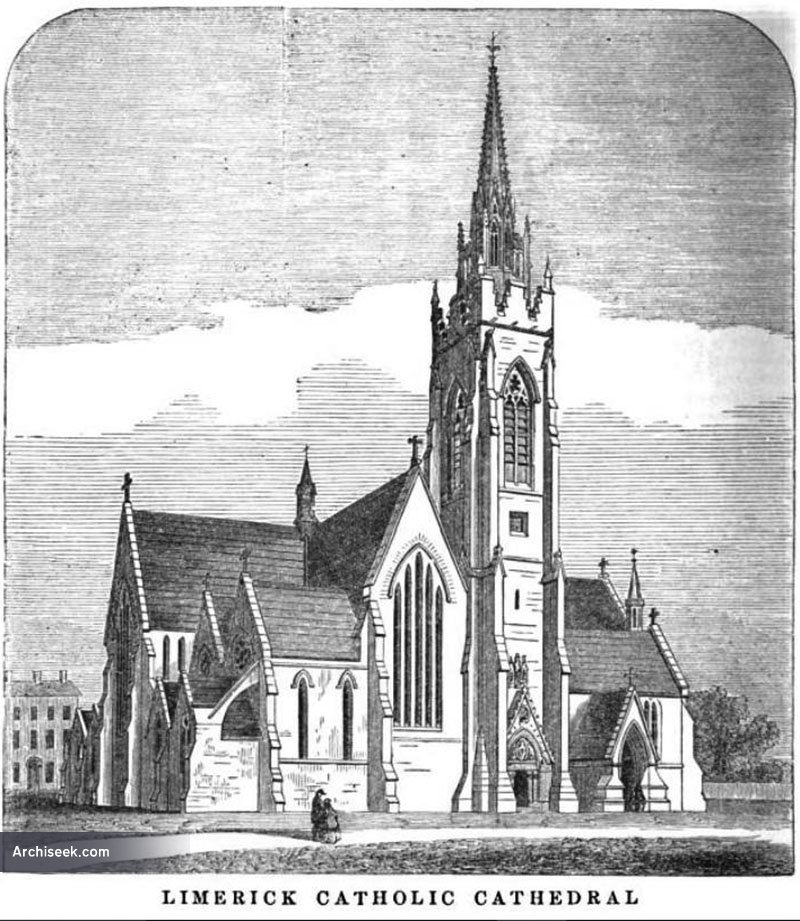 Uncompleted tower and spire for St John’s Cathedral, Limerick. The spire was later completed, in 1883, to a different design by local architect, M.A. Hennessy.

Described in The Dublin Builder: “The tower – which is on the northern flank at the junction with transept – is square flanked with buttresses, surmounted with an embattled parapet, and divided into three stages, the belfry windows being louvred and traceried; a crocketed spire rising from a kind of broach, on which an open octangular superstructure rests, will cap the whole ,and form a pleasing composition. “