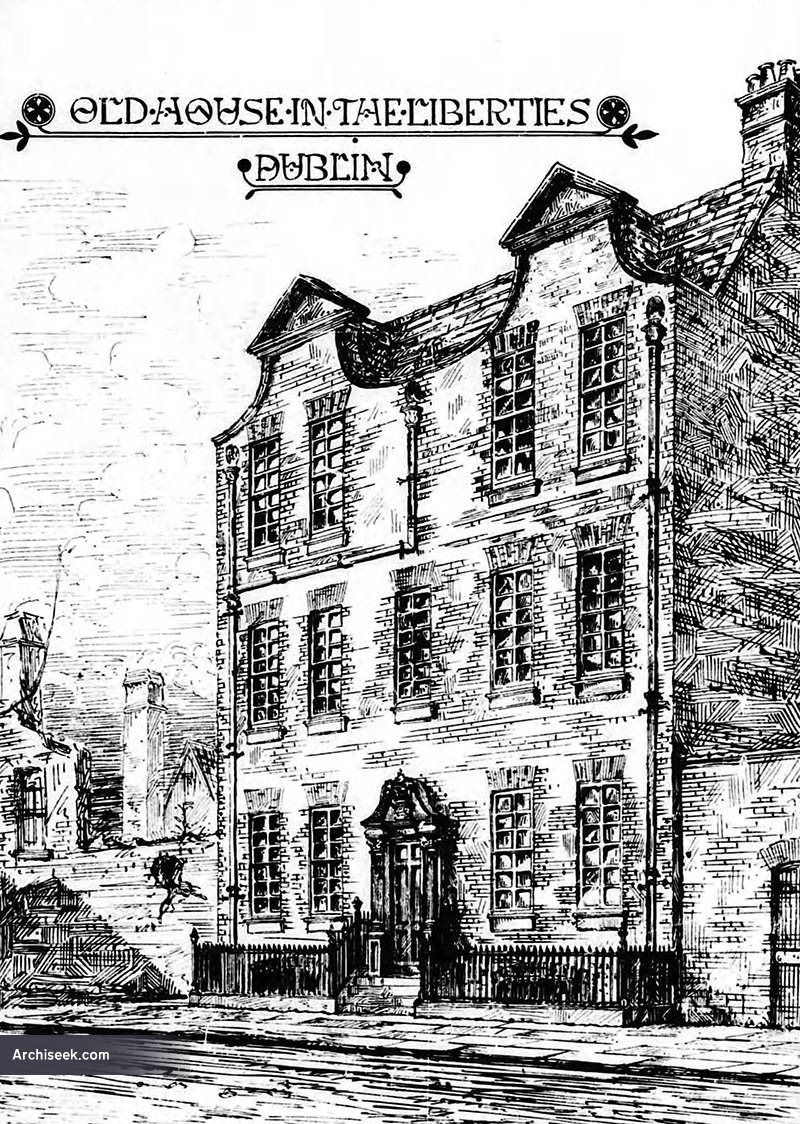 “We publish with present issue a perspective sketch of one of the many interesting old houses of the Queen Anne type to be found in that now almost deserted quarter of our city known as “The Liberties”. It is built of red brick, with some cut stone sparingly used; but the brickwork is now covered with plaster, which takes away greatly from the general effect. Anyone who has the courage to enter will find a staircase, the details of which, though rather late, are good, and some good specimens of panelling.” The Irish Builder, January 15 1880.

Also known as Mill Street House, it was built in the 1720s by the Brabazon family, Earls of Meath. In the early 19th century, it was converted into a school by the Christian Brothers, and later used by various charitable organisations until remodeled in 1894 by architect George P. Beater as a Methodist Mission and school. The distinctive “Dutch Billy” roof and curvilinear gables were removed, and the house was given a severe Gothic Revival makeover. The house has lain derelict and vandalised since the early 1980s. However in recent years, development plans for the area has led to restoration work starting in 2014.