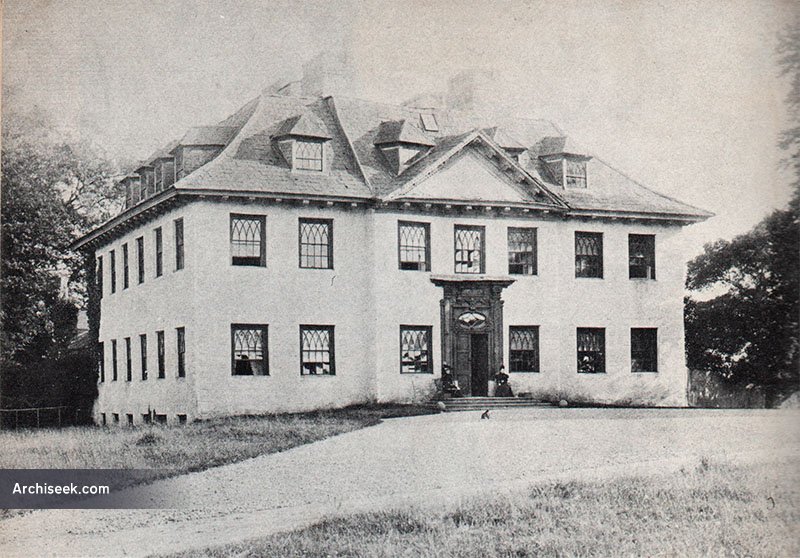 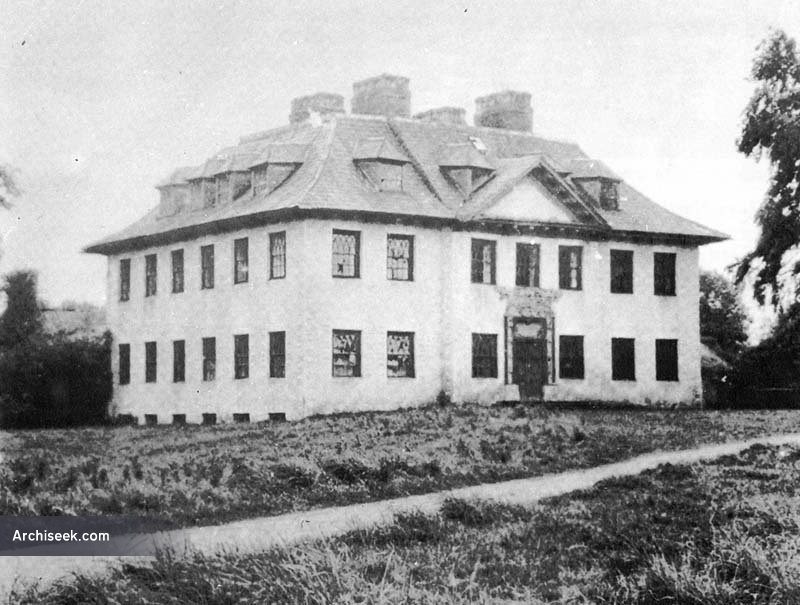 Eyrecourt was built by Colonel John Eyre around 1660. Eyre had arrived in Ireland during the Cromwellian Wars and was granted large tracts of land in East Galway for his service to Cromwell. The house, considered a very early example of an Irish classical county house set in a landscaped demense, with a seven bay entrance front and three bay pedimented break front. It had a particularly ornate front doorway. One of the first examples of an Irish house built by a major landowner instead of the centuries-old building of castles – the house had little defensive capabilities.

Built on a symmetrical plan, the interior was considered particularly fine. But the central staircase hall which consumed almost a third of the available floorspace was the crowning glory. Described in 1846 as “The interior of the castle is eminently deserving the stranger’s notice; the staircase, in particular, is supposed to be the finest in Ireland. Over the hall door is inscribed the following sentence, ‘Welcome to the House of Liberty.” 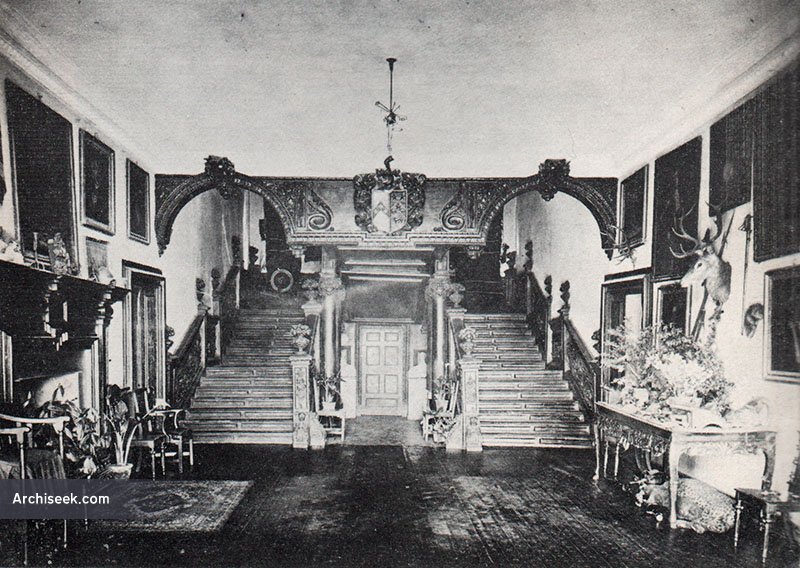 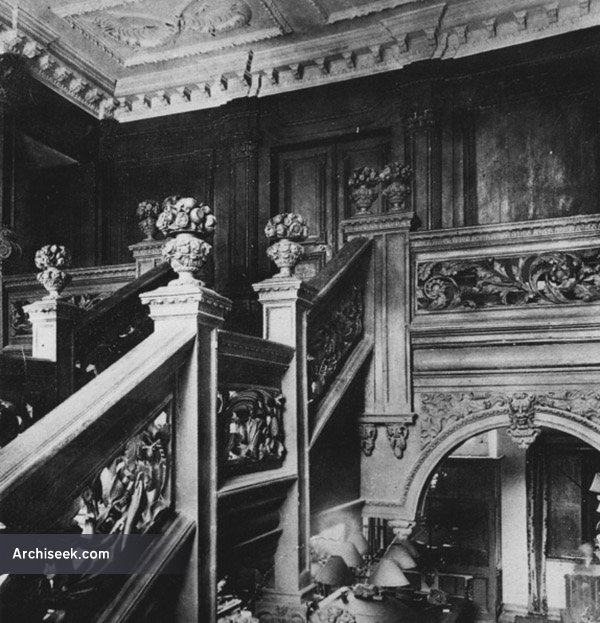 The grand staircase gave access to the first floor only where the main saloon was. The staircase had two flights which met on a half-landing and returned on itself one hundred and eighty degrees to continue as a single flight to the first floor. Described with “acanthus leaves issuing from grotesque masks and rolling down the banisters” and “by far the most exuberant piece of wood carving surviving from the 17th century”. Dutch craftsmen are believed to have worked there, with the possible involvement of the Dublin-based French-born James Tabary.

In 1883 the Eyres were considered insolvent and the estate was offered for sale. By the 1920s the house was falling into decay and around 1950 the staircase was purchased by William Randolph Hearst.

It was to be installed at Hearst’s mansion in Santa Barbara, California, which was being filled with a collection from around the world. However it was not used, and in 1958 was donated to the Detroit Institute of Arts where it remains in storage. The house has gradually collapsed since, and now exists as a crumbling set of exterior walls.