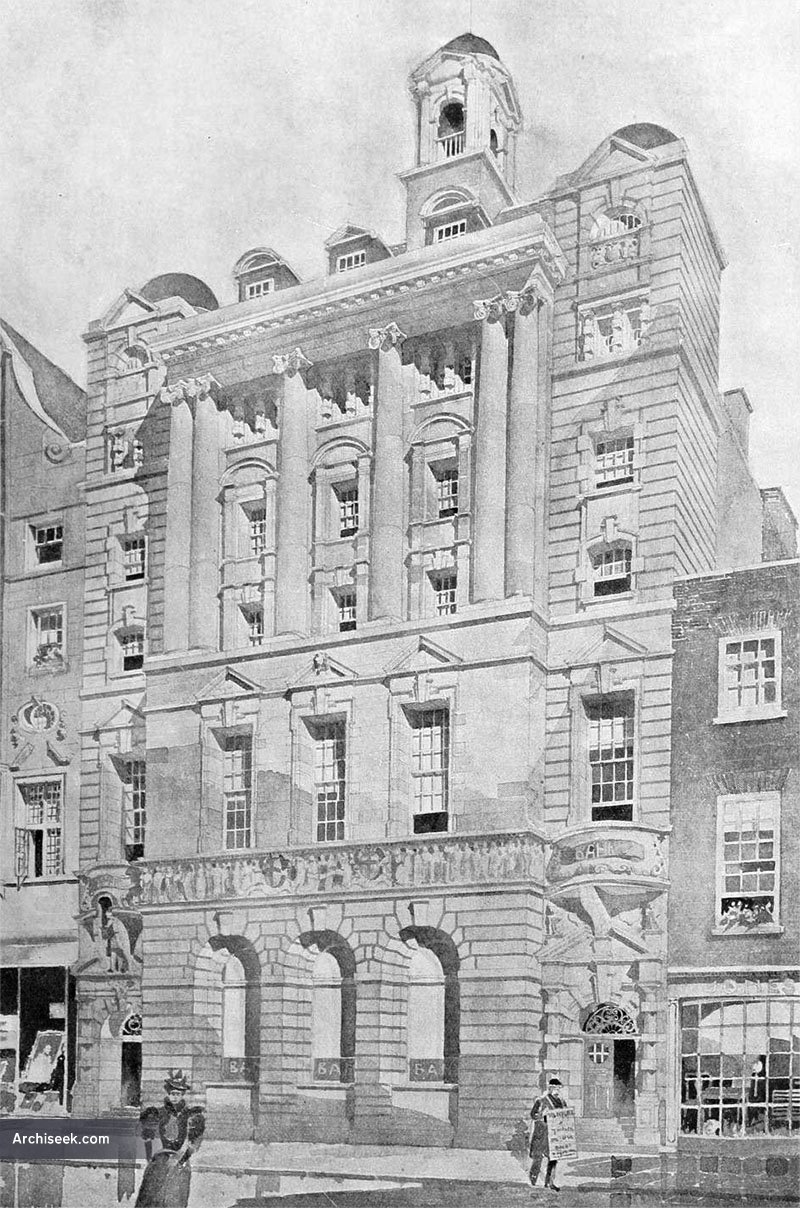 This formed the subject of a limited competition for the new Wcsleyan Centenary Hall in Bishopsgate-street, and the instructions to architects contained the following ideas of the trustees : — ” The trustees do not wish to bind the competing architects to any particular scheme for the new building : but the arrangement they at present have in their mind is to arrange the ground-floor and basement for letting to a bank, insurance company, or other large corporation, with a separate and exclusive entrance. To allot the first and second floors to the church departments, and the remaining available space for rooms suitable for letting as offices, with rooms for caretaker at the top. To approach the church premises and the offices over by a staircase and lift at the opposite end of the facade to the bank entrance, this portion to have a secondary staircase. The entrance to the church department, and the elevation generally, to be sufficiently monumental in character to comply with the trust-deed already referred to. The front elevation to be designed as one building, and the materials to be Portland stone and granite.”

The instructions then set forth the detailed accommodation required. It will be seen that an endeavour was made to express outwardly the various portions of the building — namely, the great banking hall on the ground floor, the large committee-room on the first floor, extending tide whole width of the facade and the three floors of offices over. This design illustrated was submitted by Messrs. Banister Fletcher and Sons. It was one of the two designs premiated by Mr. Aston Webb, A.R.A., the assessor, and was exhibited in last year’s Academy.