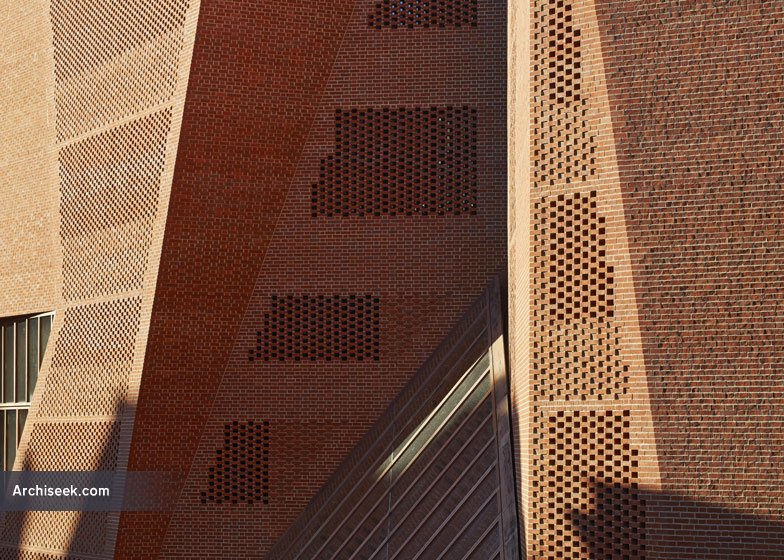 Irish firm O’Donnell + Tuomey, who have been previously nominated four times but never won the prize, have made the shortlist with the red brick Saw Swee Hock Student Centre completed for the London School of Economics.

The six exceptional shortlisted buildings will now go head-to-head for architecture’s highest accolade, to be awarded by the Royal Institute of British Architects (RIBA) on 16 October 2014. The 2014 RIBA Stirling Prize judges, who will visit the six shortlisted buildings and select the winner on 16 October, are: Spencer de Grey – Chair (Foster and Partners), MJ Long (Long and Kentish architects),Cindy Walters (Walters and Cohen), Stephen Kieran (Kieran Timberlake) and Sir Timothy Sainsbury.

“Every one of the six shortlisted buildings shows what great public architecture can do: it can transcend mere construction to something quite poetic. The shortlist comprises no ordinary new swimming pool, office block, theatre, library or university – they are beautiful, inspiring and transformative new buildings that their communities can relish and be proud of.

“This RIBA Stirling Prize shortlist is sending out the clear message that great buildings don’t only need great architects and clients but they need the patronage of the community they have been designed to serve if they are to be truly successful.

“The shortlisted buildings are all major new additions to an already dense urban fabric in the cities they serve. However, they are remarkably crafted buildings and the closer you look at their detail, both internally and externally, and their materiality, the more impressive they become. The RIBA Stirling Prize judges have the most unenviable task in having to pick one winner.”