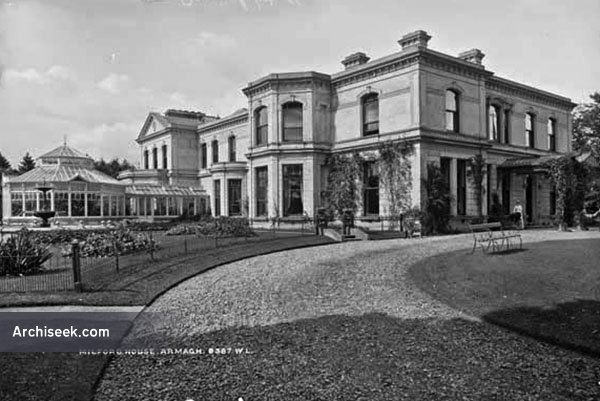 Heavily remodelled and extended by Young & Mackenzie in 1880 for local mill owner Robert Garmany Mc Crum. Described as the most technologically advanced house in 19th century Ireland – the first to be lit with hydro electricity. Architecturally unique for its time in that it built of ninety percent mass concrete.

By 1880 Milford House had six bathrooms each with a Jacuzzi and Turkish bath and a waterfall in the dining room. It was the only house in County Armagh to have a proper Ballroom with four Waterford crystal chandeliers. From 1936 to 1965 it was home to the Manor House School, and later a special needs hospital. Now derelict and empty since 1988.