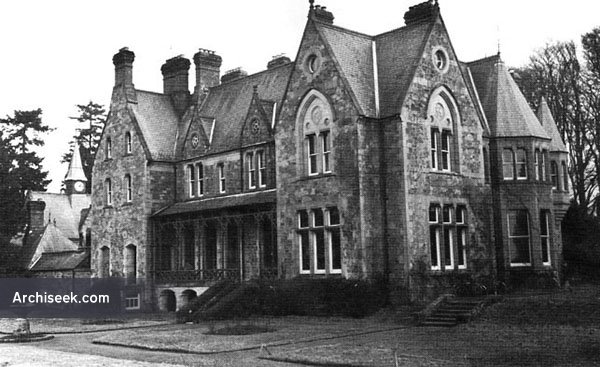 During the 1860s, the house was owned by Jonathan Richardson MP, who had Alfred Waterhouse rebuilt the earlier house to the style of the time. During the Second World War the main house became Headquarters of 8th United States Air Force Composite Command from November 1942 incorporating the 496th Fighter Training Group. It is believed that both Winston Churchill and General Eisenhower stayed at the house when visiting personnel in Northern Ireland. After the war the site was cleared except for some farmyard buildings. A gatelodge still remains.