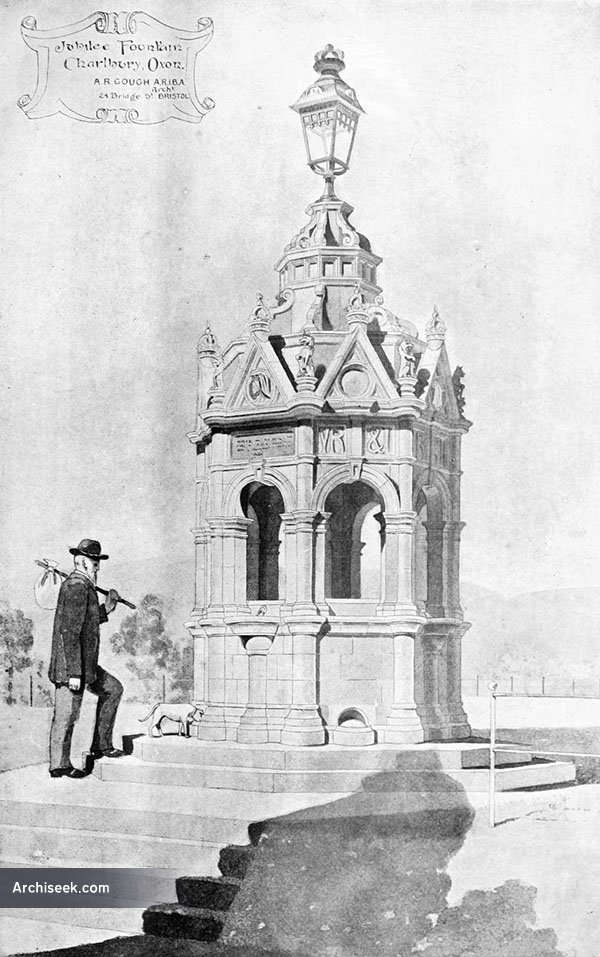 This grand fountain celebrates Queen Victoria’s Diamond Jubilee in 1897 and the provision of the town water supply in the previous year.

“This fountain has been erected principally as a memorial of the Queen’s Diamond Jubilee, but also to commemorate a visit Her Majesty once paid to Charlbury. It is constructed of Bath stone, and is erected on a prominent site reached by a flight of steps from the main road. In the gablets are carved a medallion of the Queen, the Royal arms, those of the donor, and the town seal. Above are finials representing the Imperial crown, which also forms the apex of the lamp. In the angles between the gablets are fixed heraldic figures representing the lion and unicorn. The entire cost has been borne by Mr. J. Du Cros, of Charlbury, Oxon. The fountain will be shortly unveiled by the Duchess of Marlborough. The architect is Mr. A.R. Gough, A.R.I.B.A , of Bridge-street, Bristol, and the work has been carried out by Mr. John Kibble, of Charlbury.” Published in The Building News, December 1 1899.