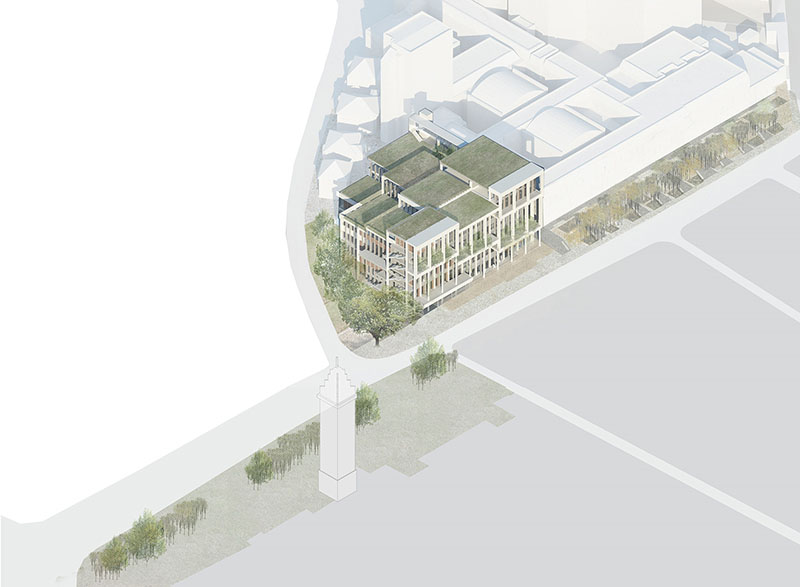 Kingston University has officially appointed Grafton Architects to design the proposed new building following a RIBA competition. The adjudication panel unanimously agreed that Grafton’s proposal would give the University the building it needs to transform the learning experience.

The University plans to replace the current Town House building on Penrhyn Road, which was erected in the mid-1980s originally as a temporary, five-year measure, with a new, sustainable landmark building and also turn the front of the Penrhyn Road campus into an attractive, landscaped area. The site is on a key gateway to the town centre and has been identified in the Royal Borough of Kingston’s Area Action plan as befitting a landmark building. The appointment of the design team is subject to an ongoing OJEU (Official Journal of the European Union) process.