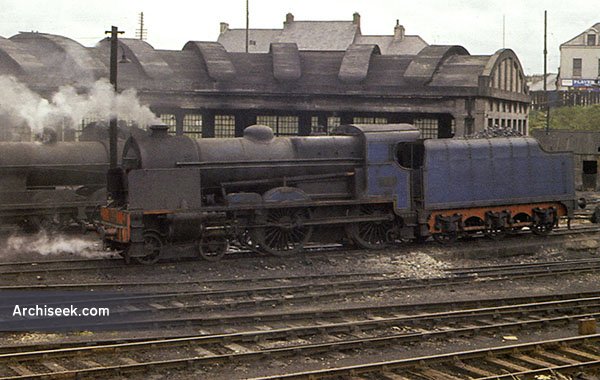 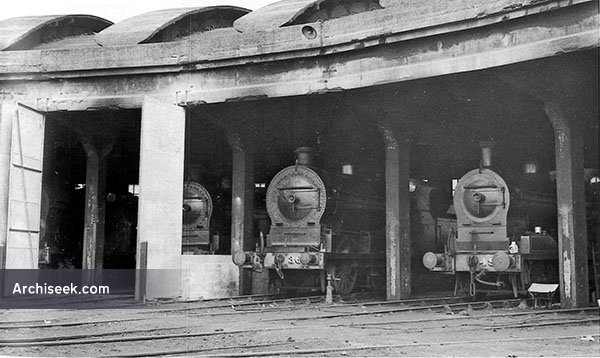 One of two roundhouses to the same design on the Great Northern Railway system – the other at Clones still stands today. Built in 1925 out of reinforced concrete, its removal after closure in 1965 meant demolition by the army.

It was sited at the junction of three lines near Portadown Station, all gone except for the main Dublin-Belfast lines. Next to it was the line to Armagh, and also a line to Derry. Between the Armagh and Dublin lines lay the engine house with its twelve tracks within the shed radiating out from the turntable, like the ribs in an open fan.