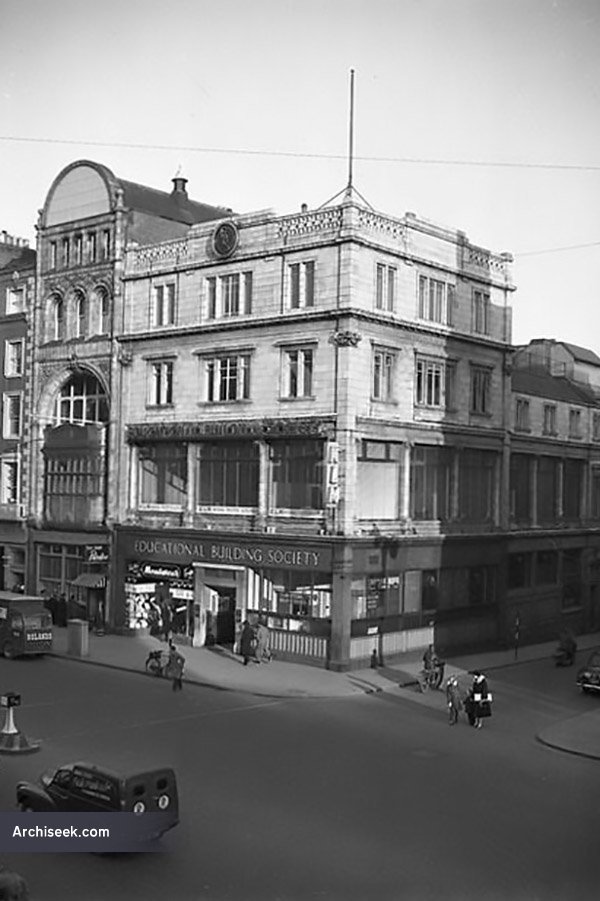 Formerly Hyam’s Building. Hyam’s were a mens outfitters / tailors who also had a store in Edinburgh which went into bankruptcy in 1934. Destroyed when the Educational Building Society hired Sam Stephenson to redesign the corner. A mirror glass facade was inserted, re-using the existing structural framework. As a result of the reaction to the design, when the EBS proposed to replace the two buildings to the north of the Paradiso restaurant, planners insisted on solid elements being added to the facade. Hence the rather lopsided appearance the building has today.