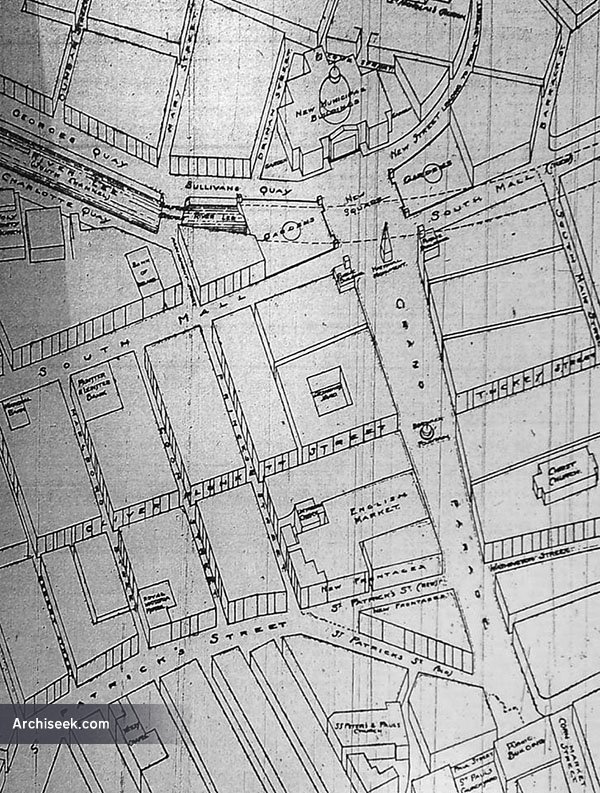 After the city centre of Cork was burned in December 1920, by a fire set by the Black and Tans as retribution for republican attacks, there was a debate on whether to re-build or re-layout the centre. This suggestion was put forward for a new location for City Hall. It would have meant the arching over of a section of the river and extending Grand Parade to a new square in front of the building.