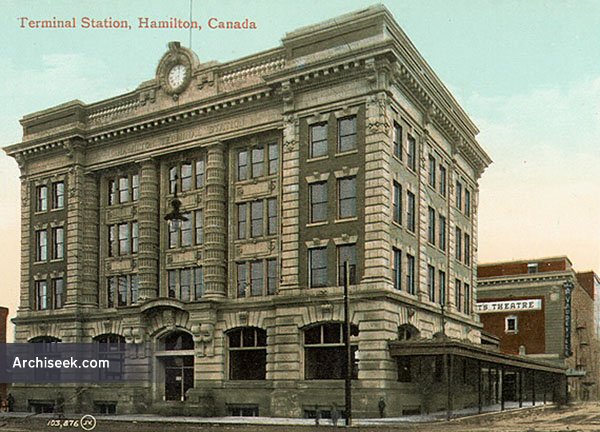 The Terminal building exterior was a mixture of masonry and terra cotta brick. The first story of the building was done in Indiana blue limestone. One feature that was originally planed for the Hamilton Terminal Station but never constructed was a large glass trainshed over the through tracks. This trainshed appeared in numerous early artist’s conceptions and postcards. Closed in 1955 after being used for some years as a bus station, and demolished in 1959.