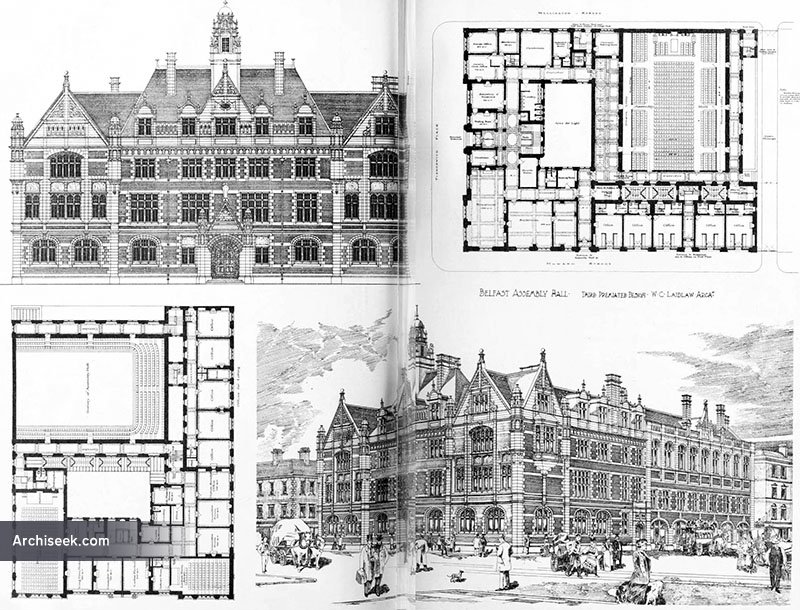 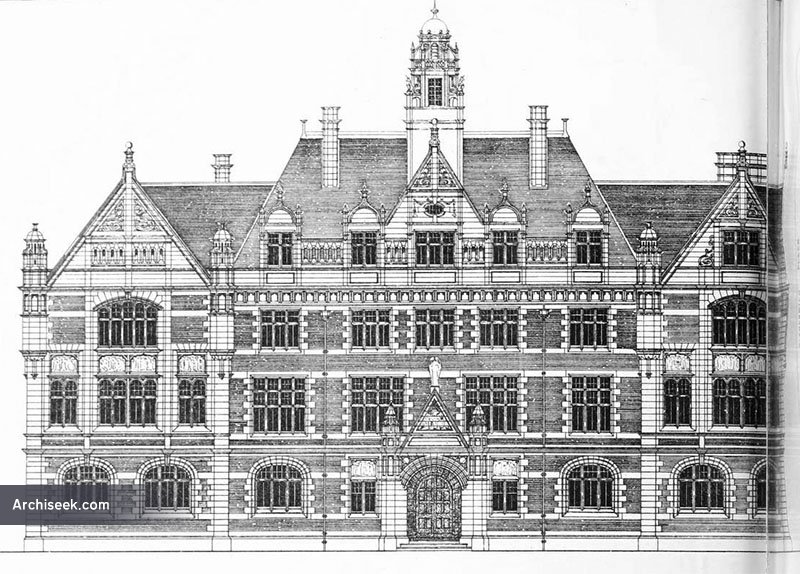 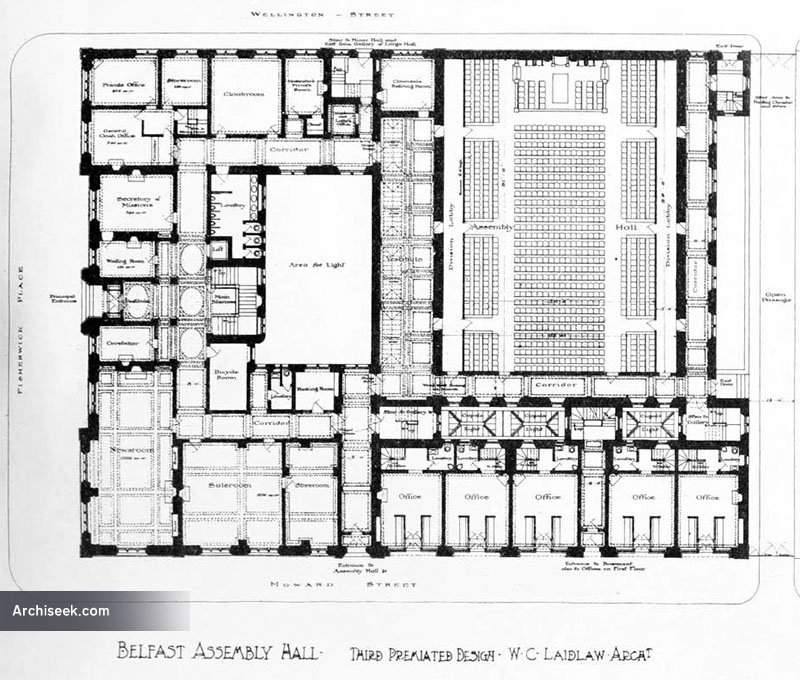 Third premiated design for competition, held in 1900, adjudicated by Sir Thomas Drew for new Presbyterian Assembley Rooms. He judged the costing conditions to be unreasonable and unachievable. William Hemstock was awarded second prize. The organising committee of the competition then appointed the architect who drew up the conditions, Robert Young, to design and construct the building. The finished cost was twice was he allowed on the original competition.