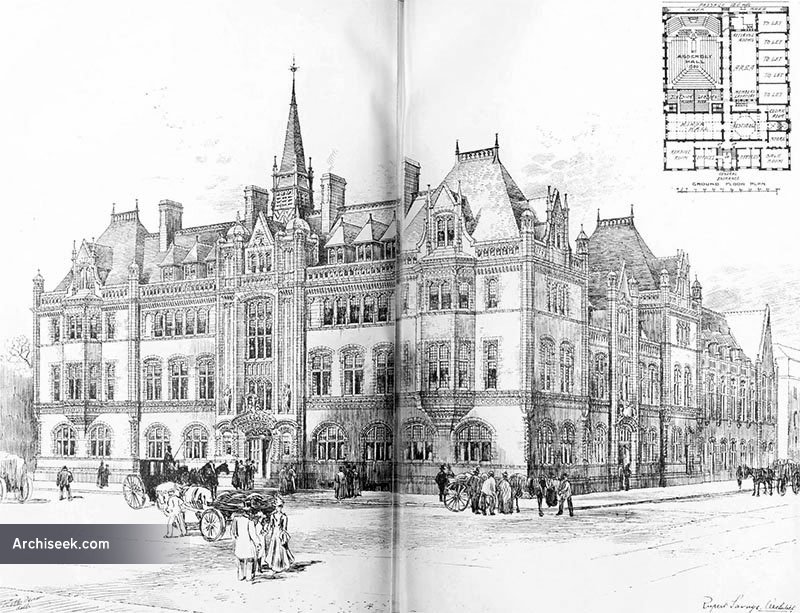 “This design was awarded the first premium by the assessor, Sir Thos. Drew, R.H.A. ; but the committee declined to accept any of the designs submitted in this competition, and appointed a firm of Belfast architects to carry out the work. The result of this competition was so unsatisfactory as to elicit formal protests from the R.I.B.A., the R.I.A.I. of Ireland, and the Belfast A.A. The perspective view appears in this year’s Academy.”

The assessor, Sir Thomas Drew, concluded that the conditions which limited the cost of the buildings to £30,000 were impossible to meet. The commission was instead awarded by the organising committee to the architect who drew up the conditions, Robert Young, and the eventual cost of the completed building, twice the estimate allowed in competition.