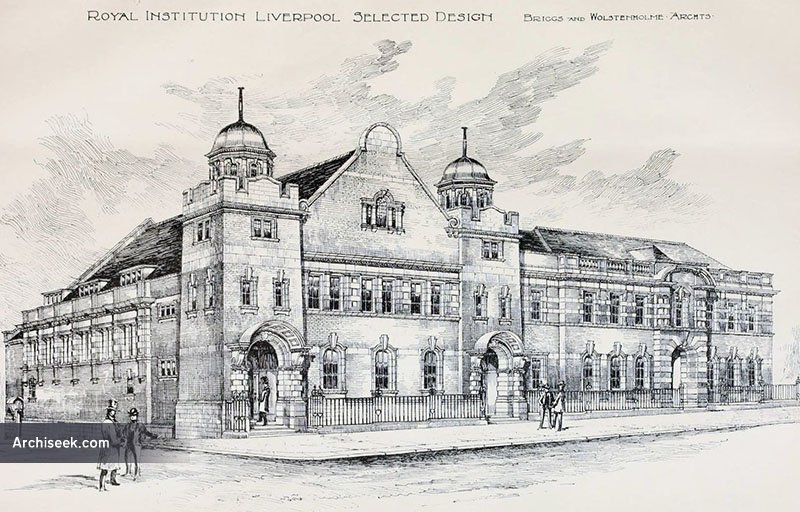 The Liverpool Royal Institution was a learned society set up in 1814 for “the Promotion of Literature, Science and the Arts”. After the construction of the William Brown Library and Museum, and Walker Art Gallery the institute fell into decline, its collections were moved to the gallery and its archives moved to University College Liverpool. The institute was dissolved in 1948. 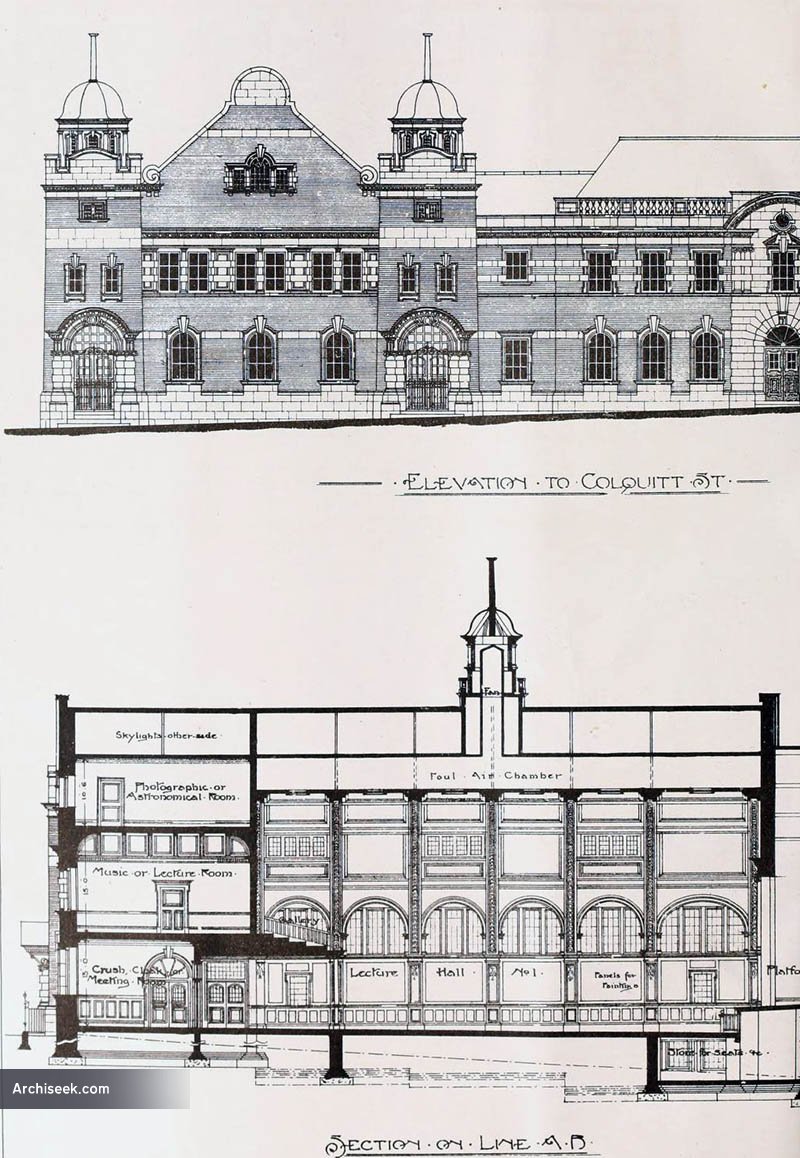 “The design illustrated herewith was placed first in the recent open competition for the entire re- construction of these buildings for the Royal Institution, Liverpool. It is the intention of the committee to first proceed with the building of the large lecture hall and retiring rooms, using them in conjunction with the existing premises These, when funds allow, will be pulled down and the scheme completed as shown by the drawings. The problem to be solved in the plan was to allow the hall to be easy of access and convenient to the existing buildings, and also admit a similar arrangement when the completed scheme came to be carried through. The large lecture hall will accommodate 1,100 on the ground floor and 150 in the end gallery. The completed scheme provides for a small lecture theatre for 500, and has also top-lighted sculpture and picture galleries on the first floor. It is intended to use red pressed brick with terracotta dressings tor the facades ; the roofs to be slated. The estimated cost of the entire scheme is £18 000 The architects are Messrs. Briggs and Wolstenholme, of Liverpool and Blackburn. The plan section, and elevation fully illustrate the pro- visions of the undertaking. Besides the top- lighted sculpture gallery and other galleries for pictures, there will be rooms for society meetings contrived on the first floor; the library to be at the corner of Colcuitt-street also on the first- floor level.” Published in The Building News, June 2 1899.