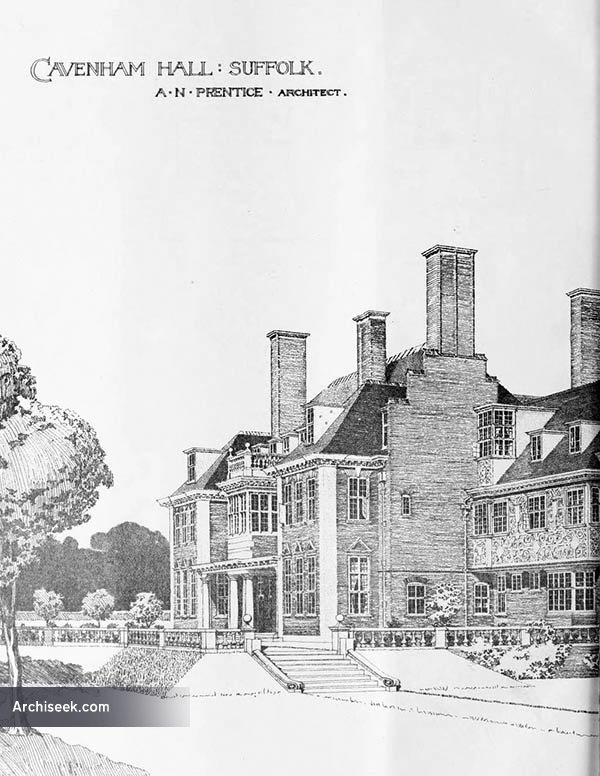 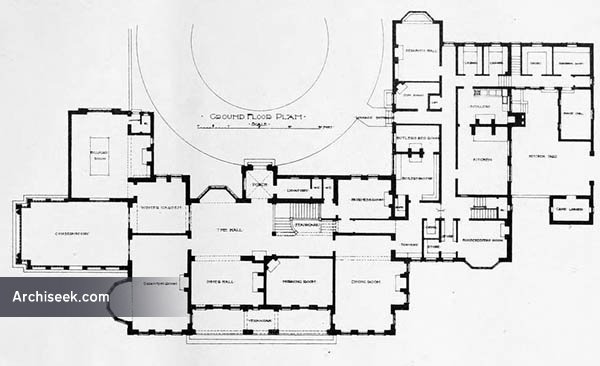 Constructed 1899, and demolished 1949. The architect, A.N. Prentice’s other work at the estate including gatehouses still exists. “This house, which is now in course of completion has been built on a large shooting estate not far from Bury St. Edmund’s. The old mansion house, situated in the lower portion of the park has been used for housing the workmen during the erection of the new hall, which has been placed some 380 yards to the south-west, on more rising ground. On the finishing of the stable buildings and gate lodges, the old hall will be entirely pulled down by the contractors, .Messrs Waring and Gillow, Ltd. The house has been built of dark-red narrow bricks, averaging five courses to the foot, supplied by Messrs. Allan and Co., of Sudbury, and the stone facings are of Werton stone; the main cornices arc of deal lined with lead to form the gutters, and the roofs have been covered with tiles supplied by the Brosely Tilery Company. The lifts have been supplied by Messrs. R. Waygood and Co., Ltd., and the internal ornamental plaster-work by Messrs. George Jackson and Son.” Published in The Building News, June 2 1899.