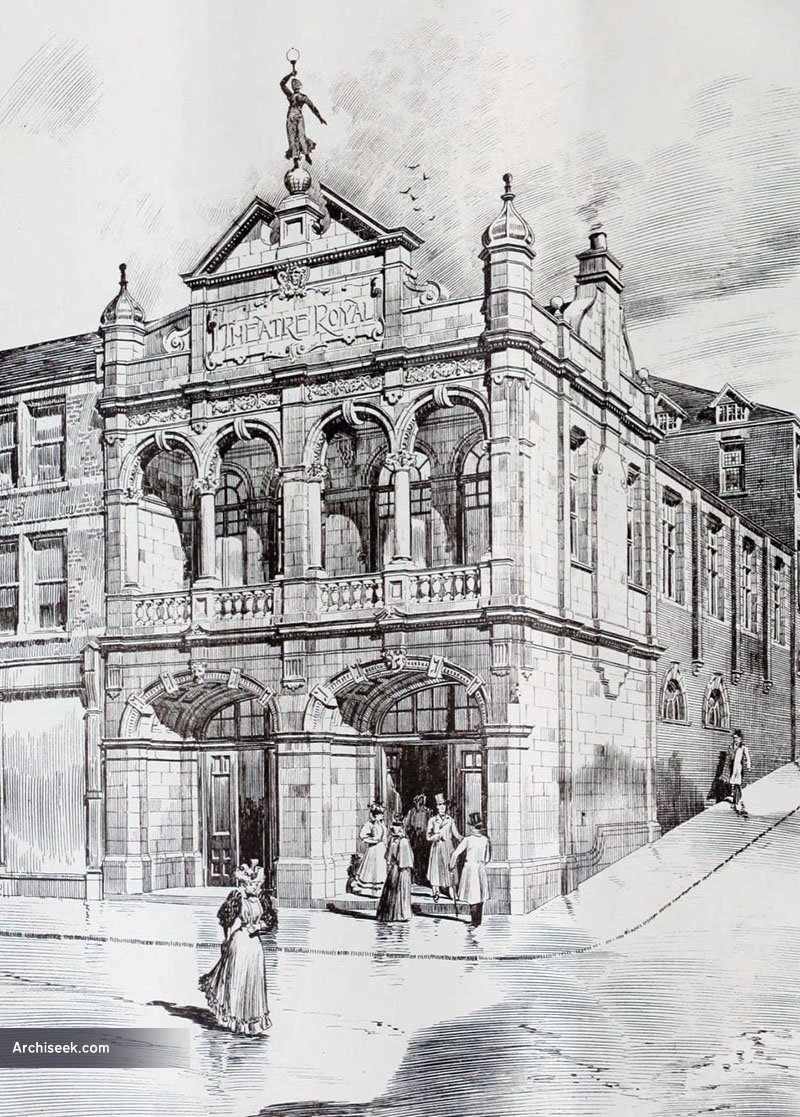 A was a 3,000 seat theatre built in 1899 and closed in 1955 and was converted into shops and a warehouse. In the late 1980s a campaign was started to convert the building back to its original use, but this was abandoned. The grand auditorium was demolished in 2009, leaving just the substantial entrances, foyers and bars, which have now been restored into a restaurant complex. Published in The Building News, August 5 1898.