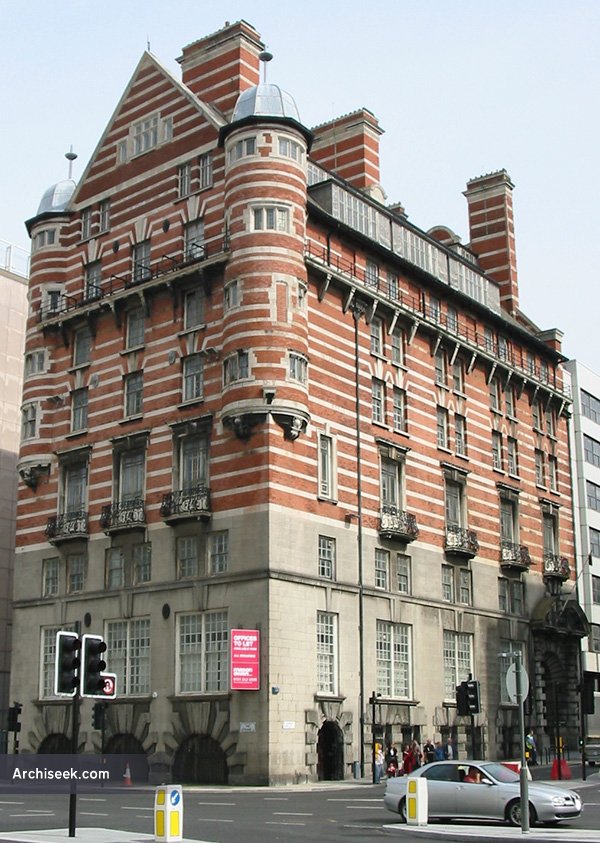 Designed by Richard Norman Shaw with J. Francis Doyle, it was built for the Ismay, Imrie and Company shipping company, which later became the White Star Line. Also known as Albion House. In 1912, when news of the disaster of the Titanic reached the offices, the officials were too afraid to leave the building, and instead read the names of the deceased from the balcony.

The facade is constructed from white Portland stone and red brick. The design closely follows the architect’s earlier work of 1887, the former New Scotland Yard building in London. The entrance to the building at James Street has a fine mosaic of South America set into the floor, also near the James Street entrance inside Albion House was a wooden war memorial listing the members of staff who “Gave their lives for their country” in the 1914-18 War. A Grade II* listed building, there is a plan to turn it into a Titanic themed hotel. Illustration published in The Builder, May 8, 1897.