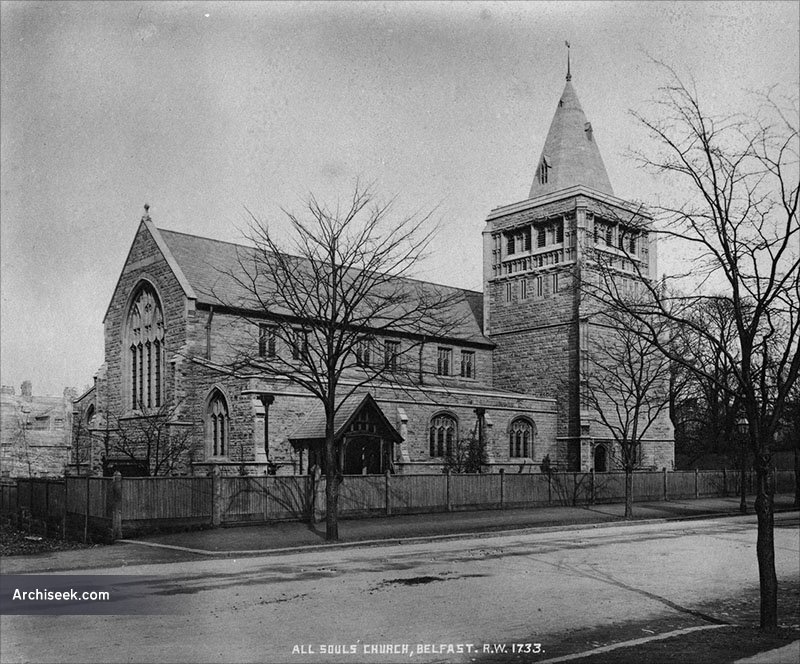 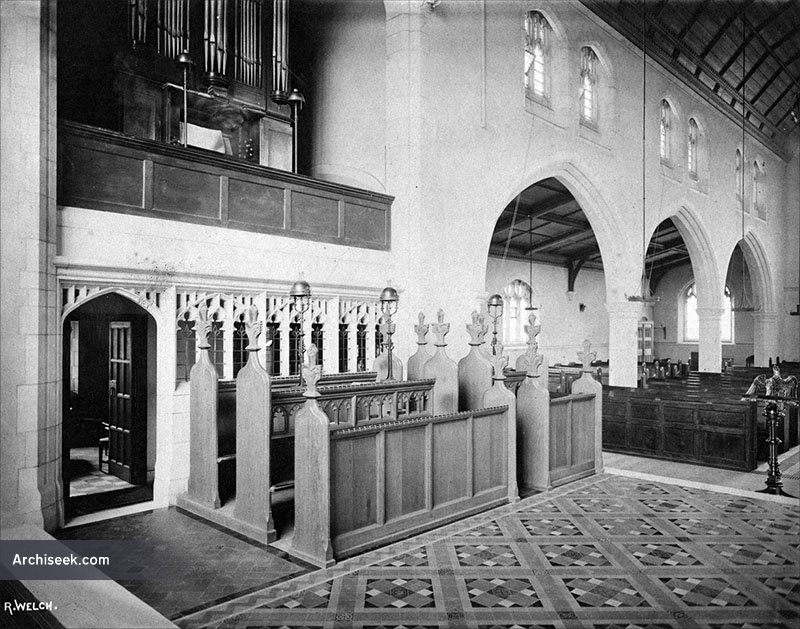 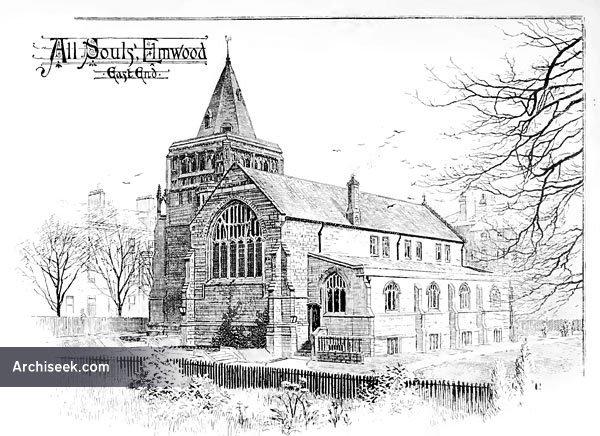 “As soon as the Congregation felt it desirable that they should leave Rosemary Street, with all its dear and honoured associations, they showed a determination to spare no pains to have a Church that would remain for years to come to be a thing of beauty. The undertaking was a heavy responsibility, but the awakened energies of every member proved it to be a work of love. Eighteen months after it was decided to build, the foundation-stones of the six pillars were laid, and twelve months later All Souls’ Church was opened as a place of worship. It may be described as a rough rubble building, with ashlar dressings and green slate roof, late fourteenth century in style, consisting of nave and chancel under one roof, with aisles and clerestory, a low broad tower and spire, and a wooden porch.”