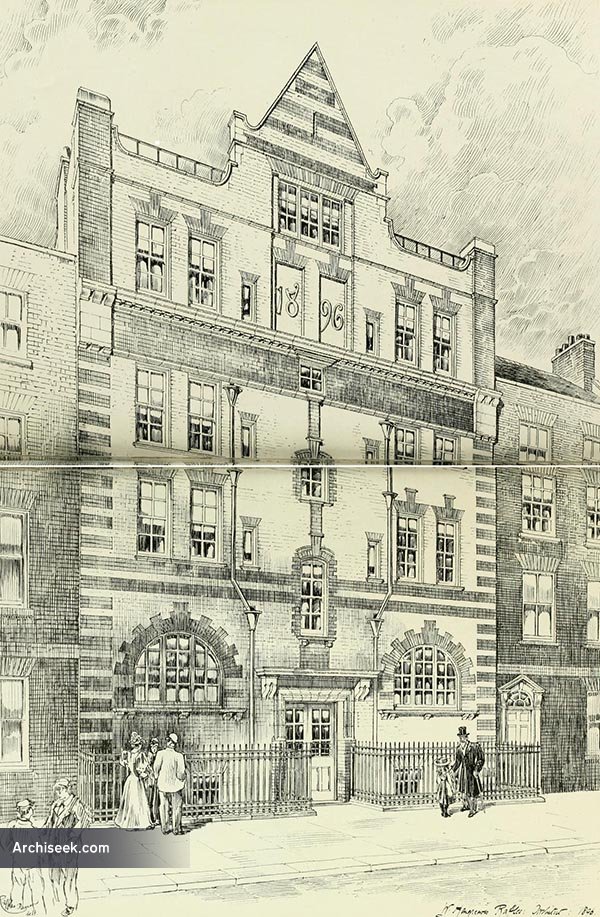 “The above building contains the sets of small flats of two and three rooms each, with a separate w.c. to each set of rooms. On the top of the 4th floor is a washhouse for the use of all the tenants generally. The roof is flat and covered with asphalte, this being laid on Messrs. Stuart and Co.’s granolithic roof. The front is in picked yellow stocks, the quoins, heads, &c., in red bricks, and the stonework is Portland. The lower portion of the jambs to entrance-door are in glazed brown bricks. The contract was let for £1,863 6s. 2d. to Mr. James Carmichael, who carried the work out. The stairs from top floor to basement are in granolithic. The architect is Mr. W. Hargreaves Raffles, of 9, Argyll-street, Regent-street, W.” Published in The Building News, February 18, 1898.