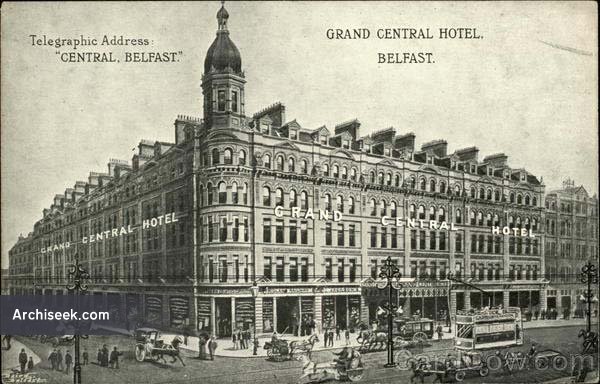 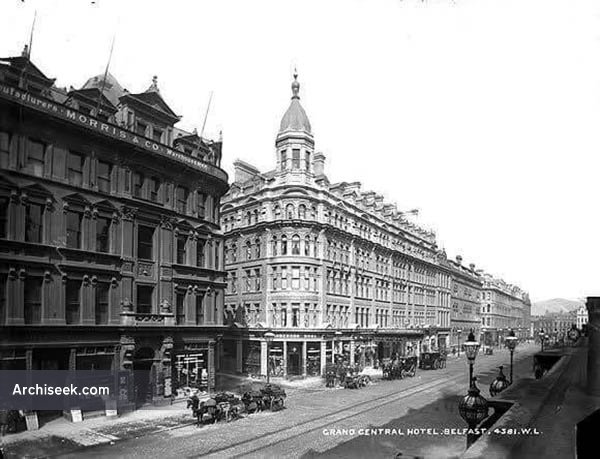 The Grand Central Hotel stood at 12-26 Royal Avenue, Belfast. It was one of the last buildings to be built in the original Royal Avenue development, about 1892. It was a luxurious 200-bedroom hotel whose tall slender copper dome with octagonal lantern dominated Royal Avenue. It was once hoped that the three railway companies serving Victorian Belfast would be united at a central station in Royal Avenue. This didn’t happen so the owner of the site built the 200-bedroom Grand Central Hotel instead. This was the city’s premier hostelry until it closed in the late 1960s when the decline in city centre business following the bombing campaign forced it to close. It was used an army barracks from 1972 until the early 80’s, during which time it was twice seriously bombed. Demolished c.1985 to make room for Castlecourt development.