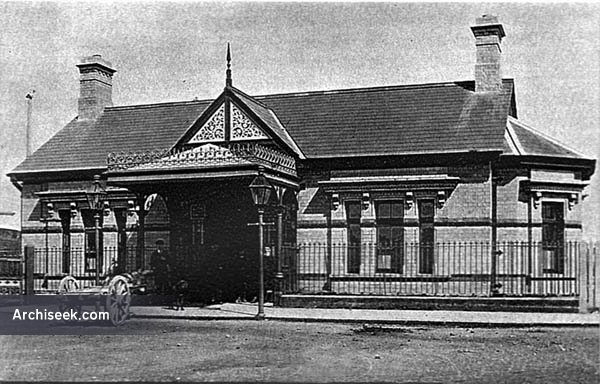 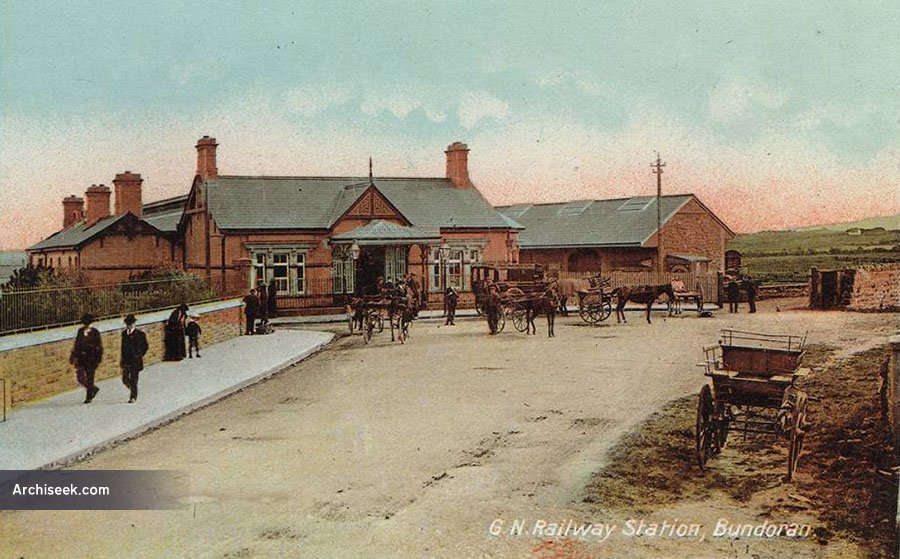 The railway opened in 1886 for the Enniskillen and Bundoran Railway and taken over by the Great Northern Railway in 1876. This station was erected in 1891 to replace an old wooden structure. The line closed in 1957 after a section of the line through Northern Ireland, which connected Bundoran to the remainder of the rail network in the Republic of Ireland was closed by the Ulster Transport Authority. The station has since been demolished.