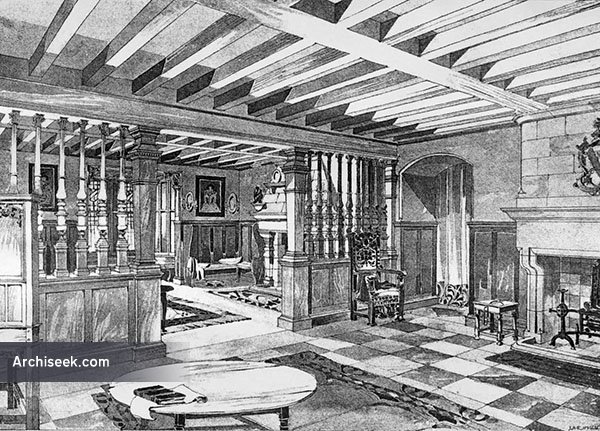 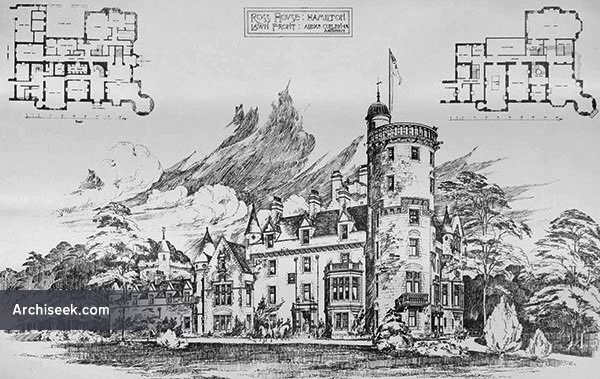 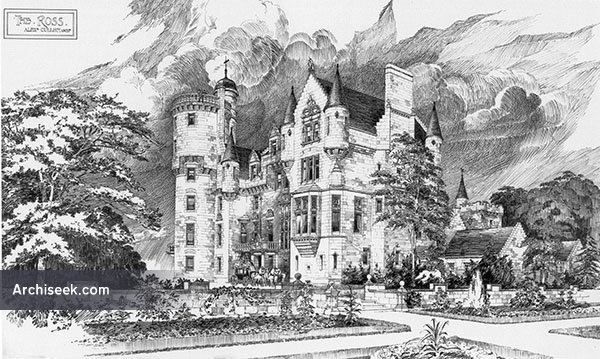 At the core of Ross House is a classical house of around 1783. Alexander Cullen extensively remodelled the house around 1888-90 in a full-blooded Scots Baronial style. The house was widely published and admired and established Cullen’s reputation.

“The illustrations show generally the blending of the new and old buildings. The centre part of the lawn front is the old portion, and the other parts are new. All the work has been carried out by local tradesmen. The drawing of the staircase was exhibited at this year’s R.A. Exhibition, the Hall at Glasgow Institute, and the exterior view at the Royal Scottish Academy. The architect is Mr. Alex. Cullen, B.A., F.R.S.E., of Hamilton and Motherwell.”