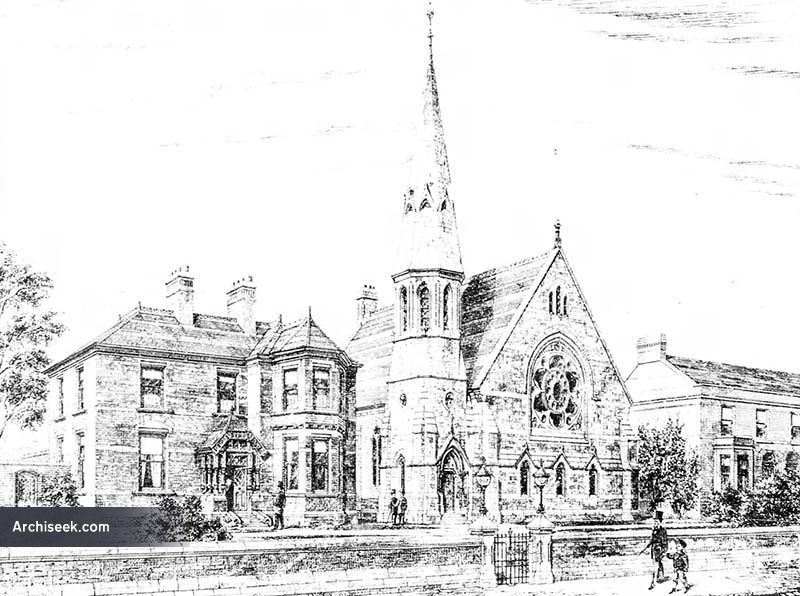 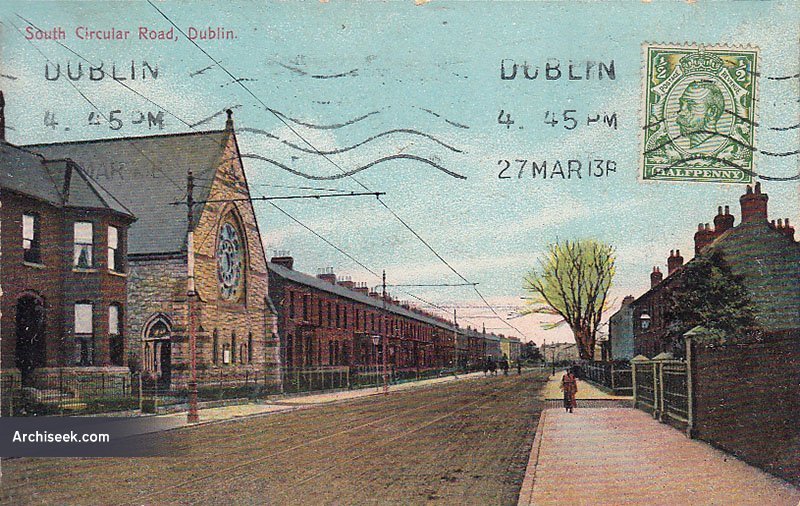 “A new Presbyterian church at Donore, South Circular-road, was opened on Friday last. It has been designed to accommodate 500 persons. Besides a manse now in course of erection, sundry additions to the church are in contemplation, to be carried out when funds come in. Mr. William Stirling is the architect, and the Messrs. J. and W. Beckett, builders.” Published in The Irish Builder, August 1 1881. 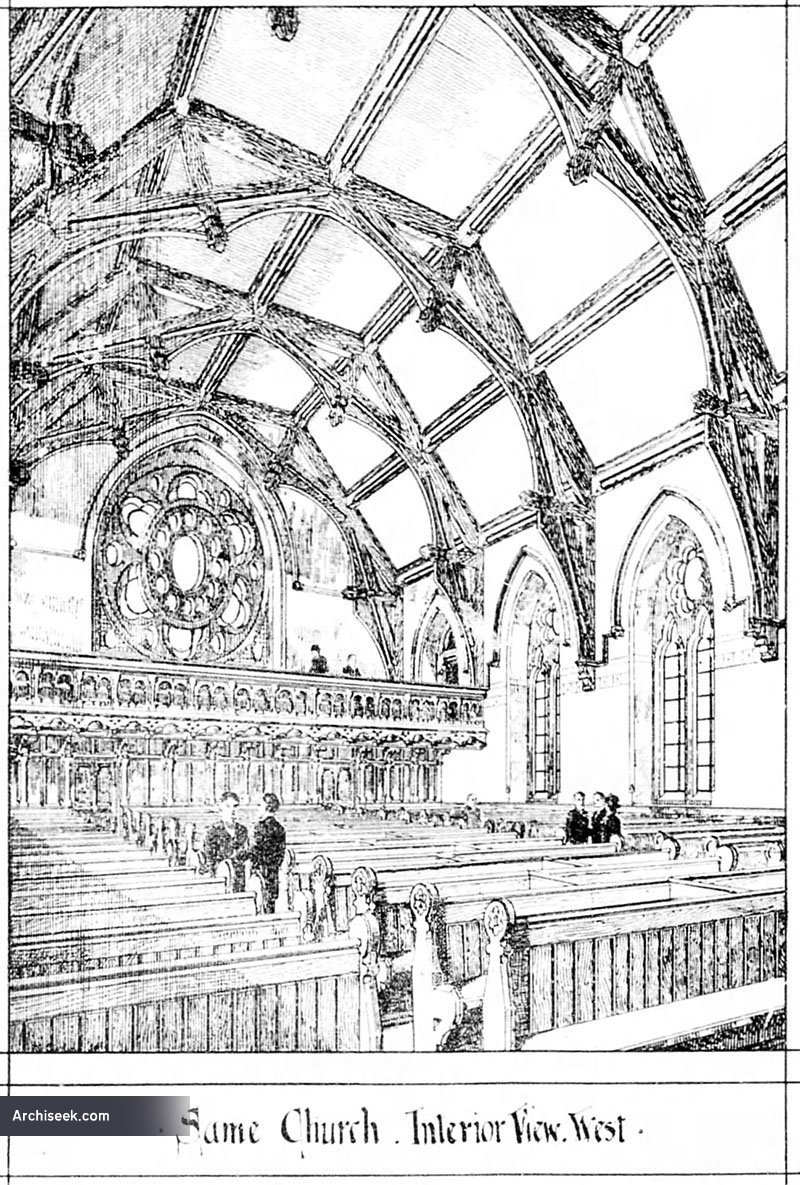 “The building is designed in the early English style usual in ecclesiastical architecture in the latter half of the thirteenth century, which style is followed throughout in the details; it affords accommodation for 350 sitters, and is capable of extension by and end gallery to hold 150 more. There is at rere a vestry and session room with heating chamber, the method adapted for warming water being a circulating system of hot water, constructed by Messrs, Ross and Murray.

The church is declared to be comfortable in every respect, well ventilated and warmed without draughts, the seats easy and roomy, and it forms an excellent auditorium. The walls are built of a bright clean granite from quarries at Stepaside, that for the facing being special selected, the dressings are of a hard fine grit sandstone from Williamwood in Scotland. This stone is of a pleasant buff tint, and is well calculated to keep clean and bright, and to withstand he combined humidity of this climate and the action of the acid gases of the city. It comes sharp and clean from the chisel and never loses the crispness of its edges, as do so many sandstones and oolites; it is cheap to work. 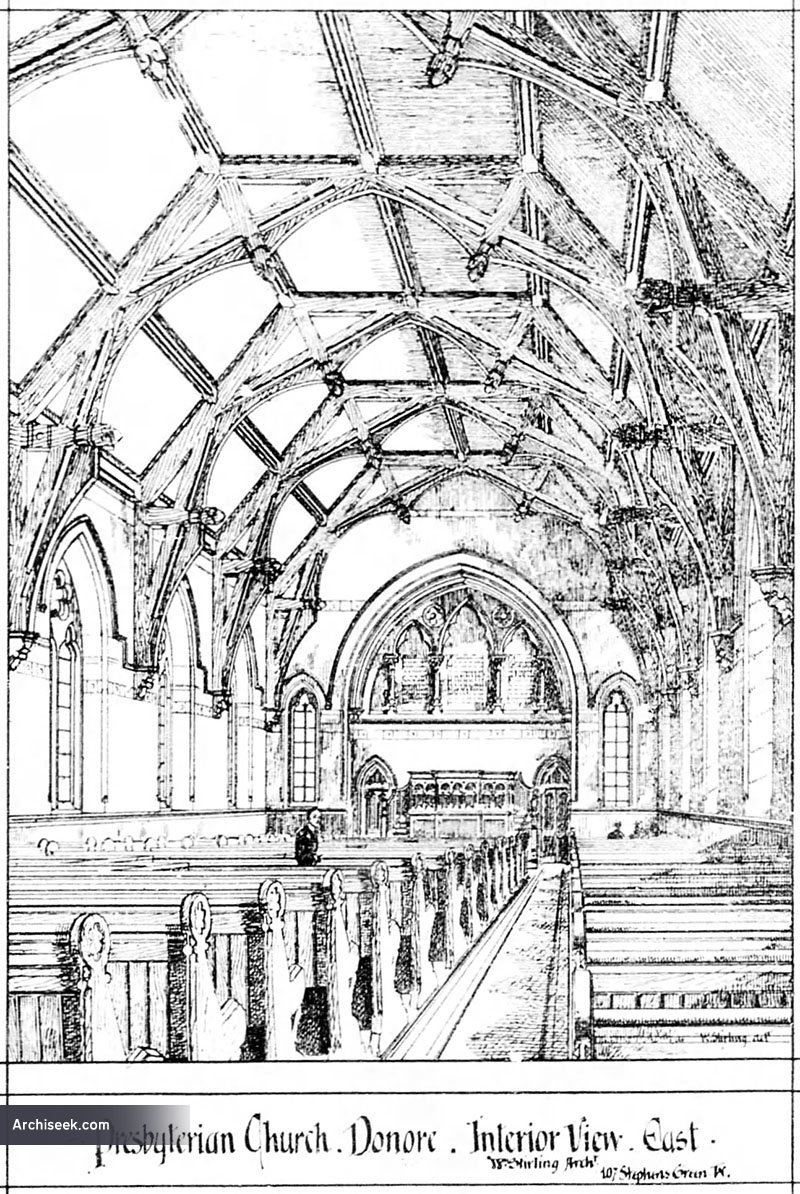 Inside, the main woodwork is in pitch pine richly toned and varnished; cappings and rails are executed in walnut, which presents a satisfactory combination. The passages and open spaces within are tiled with Peake’s terra-metallic tiles in moderately ornate patterns, and the walls are finished in a monotoned grit stucco, most restful to the eye. The church cost about 3,330.

The manse which occupies and adjoining site, is a commodious dwelling-house, containing twelve rooms, and it is fitted with every modern requirement; it was built with brickwork and best quality timber, and cost about 1,000. The architect was Mr. William Stirling, 107 St. Stephen’s-green , W., Dublin.” Published in The Irish Builder, December 1 1884.