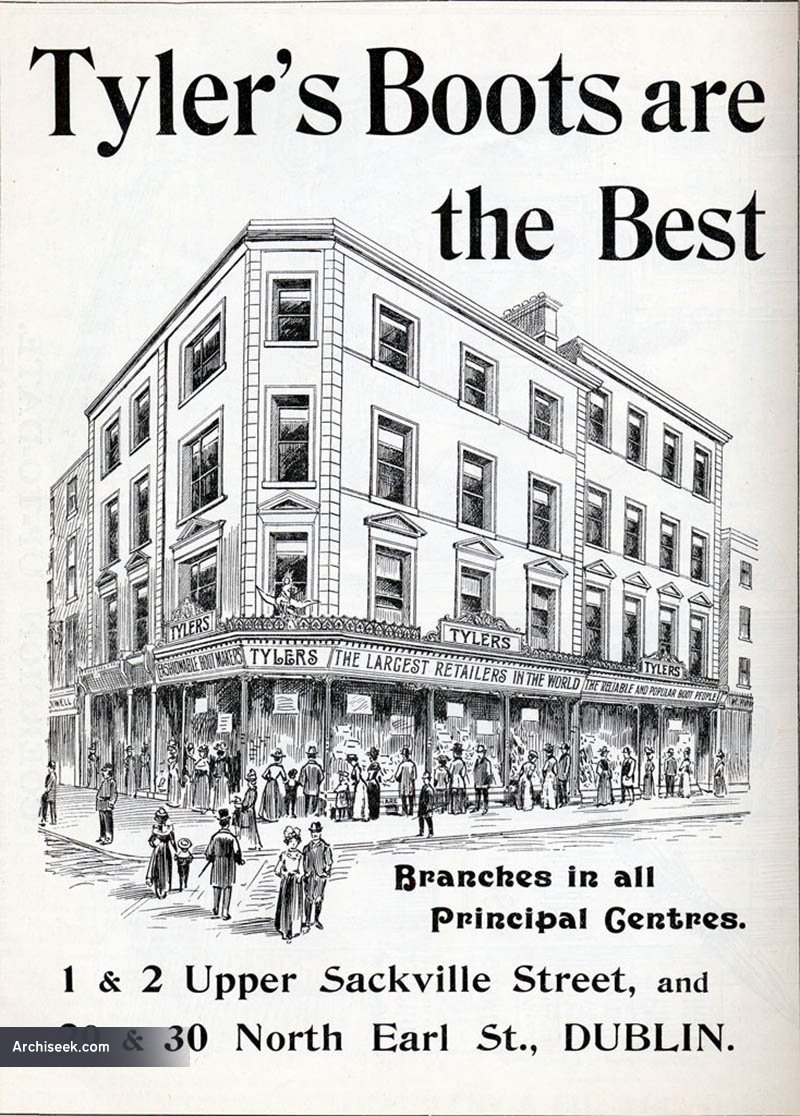 Tyler’s had a large store at the junction of North Earl Street and O’Connell Street. Completely destroyed in the fighting of Easter week 1916. Although Tyler’s had opened in North Earl Street in 1886, it was 1902 before they expanded into O’Connell Street. As the illustration shows, their premises had a fine Victorian shopfront at street level. Immediately after the Rising, the company was quick to advertise that their other stores were still open.