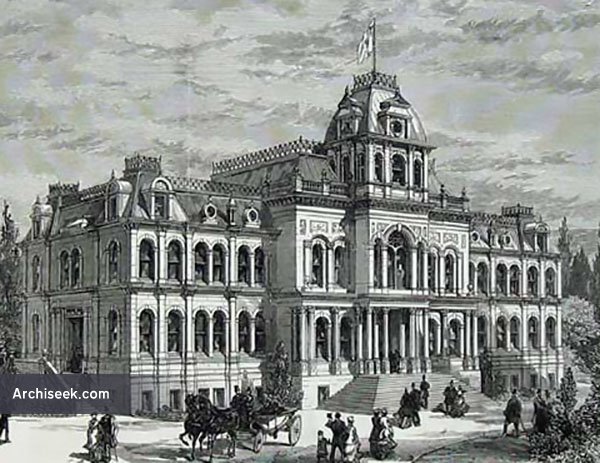 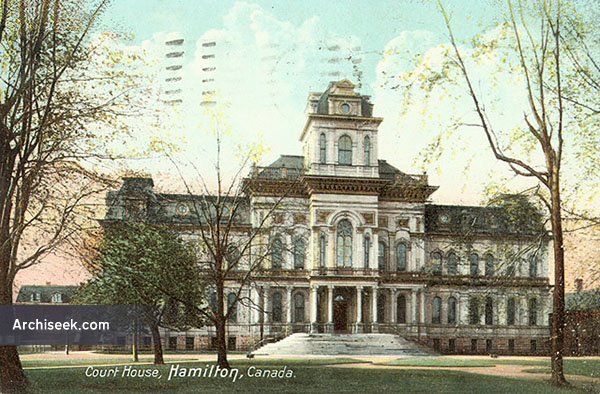 The former Wentworth County Courthouse was one of the original buildings in Hamilton. The two acre site was donated by George Hamilton to build a courthouse and jail for the new District of Gore in 1816. A 1945 consultants report stated “it is not a modern building but it has spirit and tradition and I feel it would be wrong to remove it.” However the building was demolished in 1956 to make way for a new courthouse. Charles Mulligan was a Hamilton based architect with a few works outside of the city.