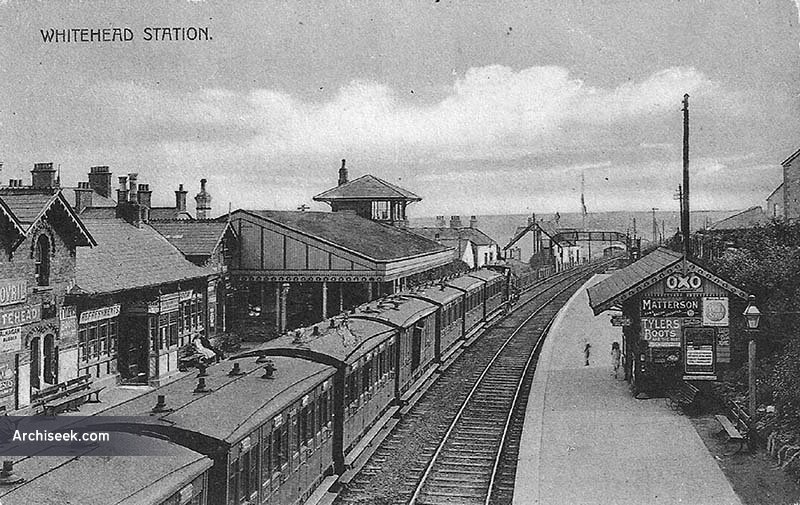 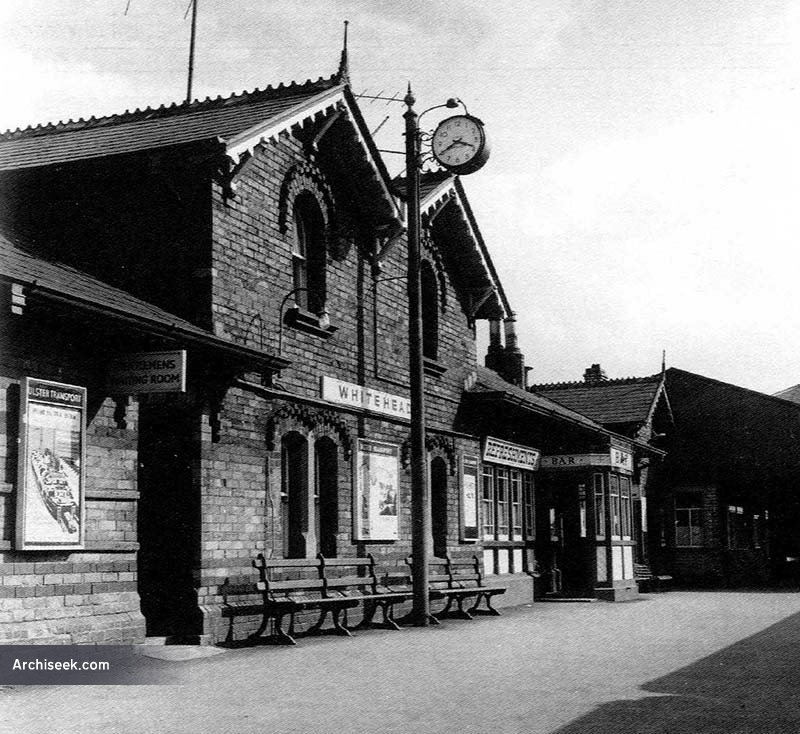 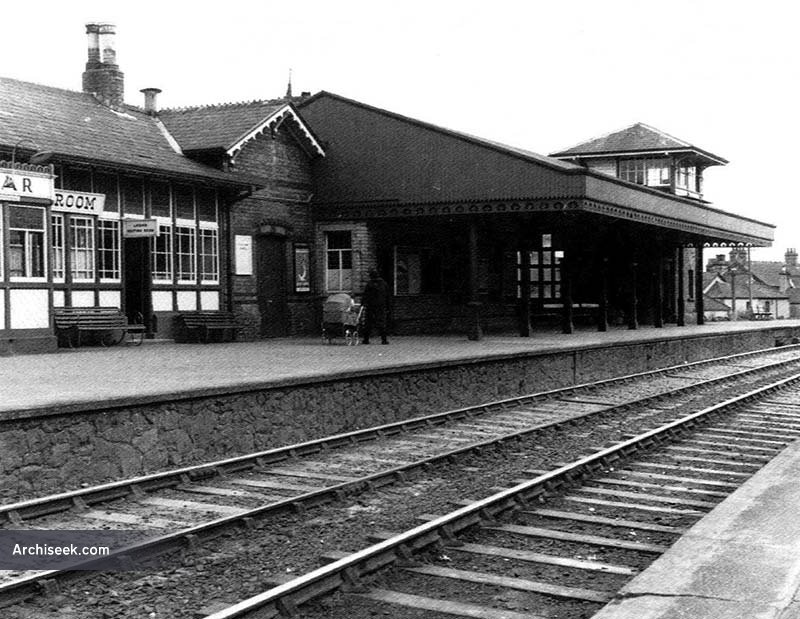 Originally designed by John Lanyon with later work by Berkeley Deane Wise who was the chief architect of the Belfast and Northern Counties Railway company and responsible for its stations and tourism initiates. Whitehead was very much created by the railway company with a range of attractions and promoted as a destination for daytrippers. As a result, it also had an excursion station built in 1907 for excursion trains. The former excursion station is now used by the Railway Preservation Society of Ireland as their base.