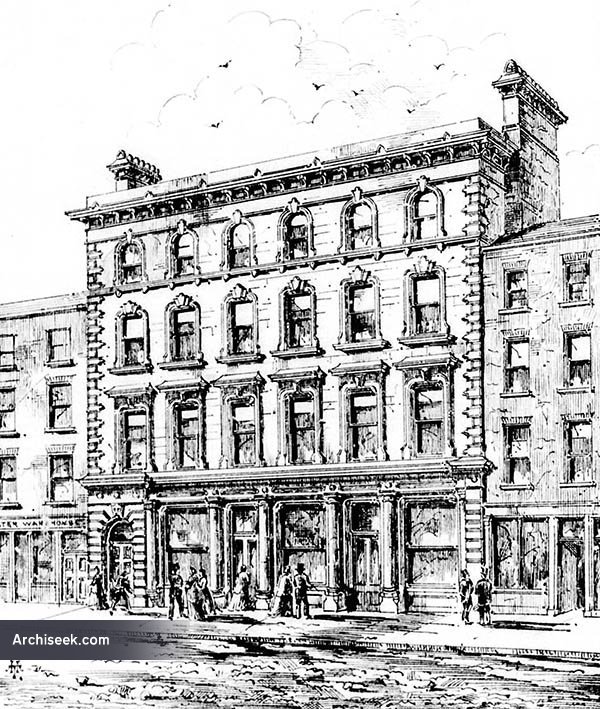 Unbuilt proposal for a warehouse for a wholesale druggist, Hugh Moore & Co., for Capel Street on the site of the Scot’s church. The provision of the design became as legal case as the client refused to pay the architect.

According to The Irish Builder, “For some reasons unknown to us, the project has been abandoned, and the site and a portion of the old premises devoted to other purposes. It is scarecely necessary here to inform our readers that Mr. Moore having, as we understand, refuse to settle Mr. Fogerty’s demand for fees on the preparation of plans and for other services rendered, an appeal to the decision of a jury has been resorted to.”

“The estimated cost of the warehouse was nearly 13,000. The front was proposed to be in granite with plate-glass in sashes. The main portion of the building was to extend about 250 feet from front to rere. As already noticed a contract had been taken by Messrs. Crowe for the first portion of 7,337. It is a matter of regret that circumstances prevented the works being carried out, as by the erection of such a building a very great improvement in this important business thoroughfare would have been effected.”