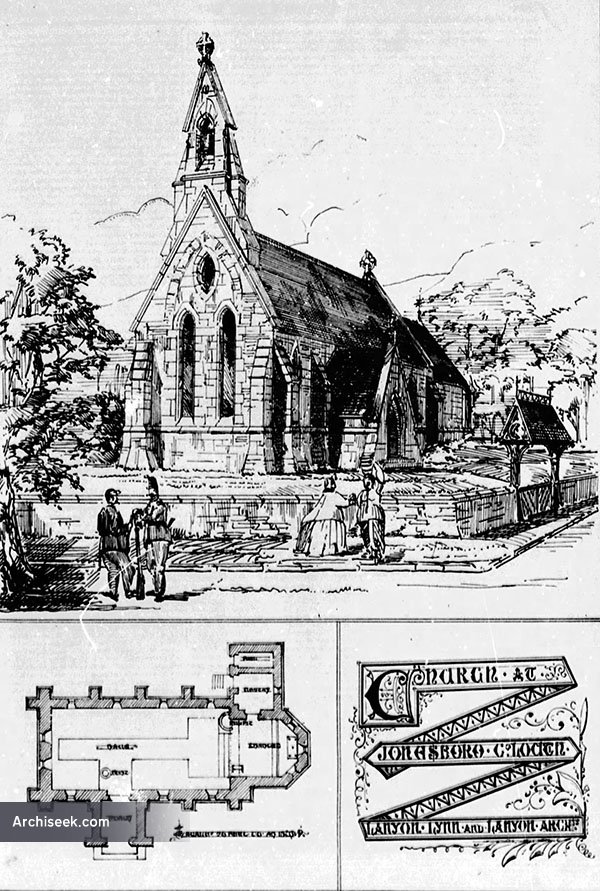 Constructed to replace a church originally built in 1732 and re-built in 1772. The Lanyon, Lynn & Lanyon building opened for worship in September 1866. Due to the decrease in the local Church of Ireland population, it was closed in 1991. Sold the following year and is now in poor condition, after sitting empty for over twenty years.

“This church a sketch of which appears in this number, is not presented as possessing any remarkable features of design, but as a model of a church in which the requirements of the service of the Protestant Church are fairly provided for ion an inexpensive manner. The church will accommodate 130 persons – the material is the granite of the locality. Mr. Matthews of Dundalk, builder. Cost, we understand, 800 to 900 pounds.” Published in The Irish Builder, September 15 1864.