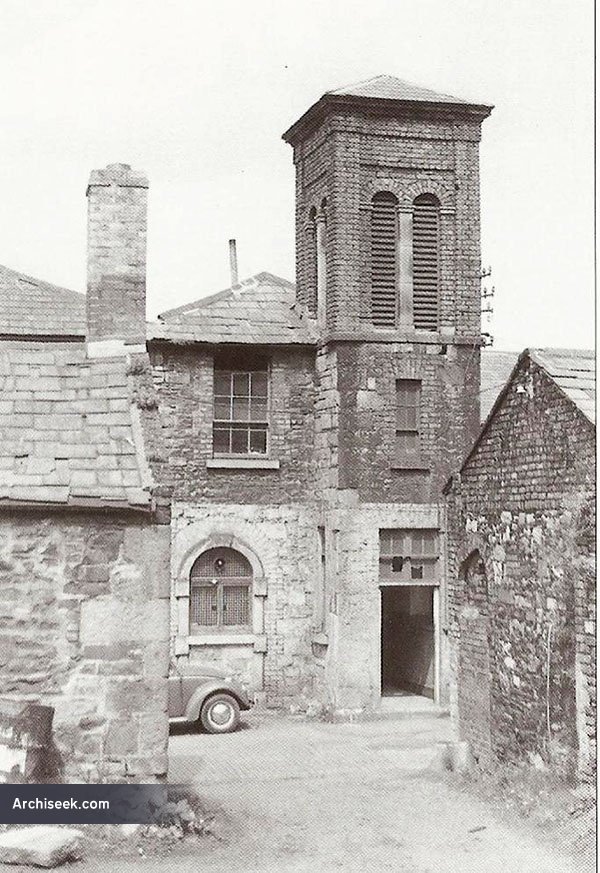 Probably the remains of the early Dublin Fire Brigade – Station No.2. Station No.1 being their headquarters on South William St. The first ‘fire station’ was in Whitehorse Yard off Winetavern Street which had a fire engine – purchased from J & R Mallet of Ryder’s Row – in place since 1854 which was overseen by a Corporation Waterworks Inspector and operated from the 1850s. The Dublin Fire Brigade was set up by way of the Dublin Corporation Fire Brigade Act 1862, the title of which read An Act to extend and define the powers of the Rt. Hon. The Lord Mayor, Aldermen and Burgess of Dublin in respect to the extinguishing of fires, and the protection of life and property against fire, and for other purposes. The new act was formally adopted at the corporation meeting of 27th June 1862.

The property in around Whitehorse Yard remained within the ownership of Dublin Corporation – with stables constructed in 1881, and later when the entire area was cleared for the construction of the Civic Offices.