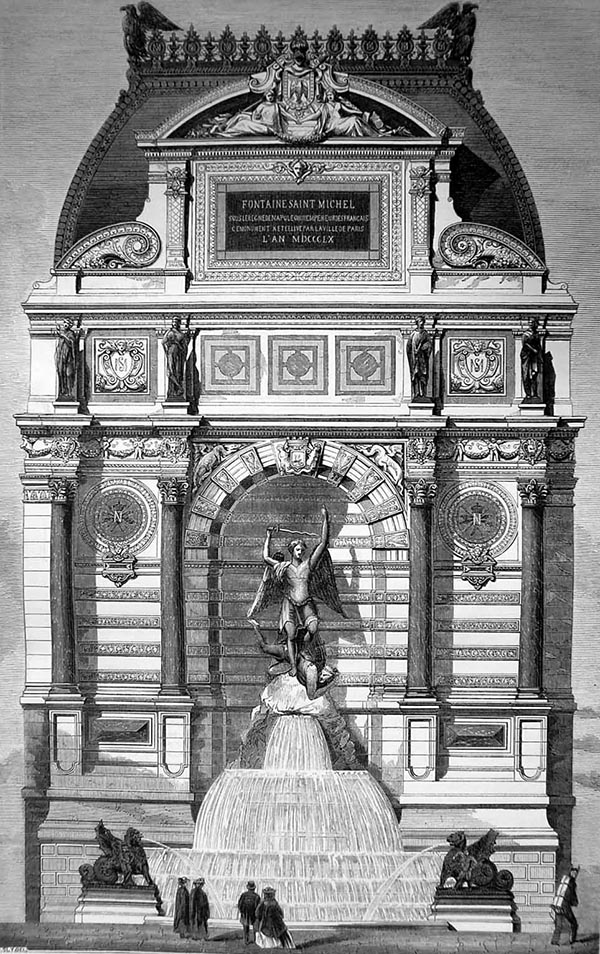 The Saint Michel Fountain is located between the boulevard Saint-Michel and the Place Saint-André-des-Arts. It depicts the archangel Michael vanquishing the Devil, evoking thoughts of the battle between Good and Evil. It was commissioned by Haussmann, under Napoleon III. The original project was for a fountain dedicated to peace, located in the center of the square.

In 1856 Davioud planned a feminine statue of Peace into the central niche, but the later 1858 plan called for replacing Peace with a statue of Napoleon Bonaparte. This provoked furious opposition, so Davioud proposed that the central figure be the Archangel Michael wrestling with the devil. This was agreed, construction began in June 1858, and the statue was inaugurated on August 15, 1860.