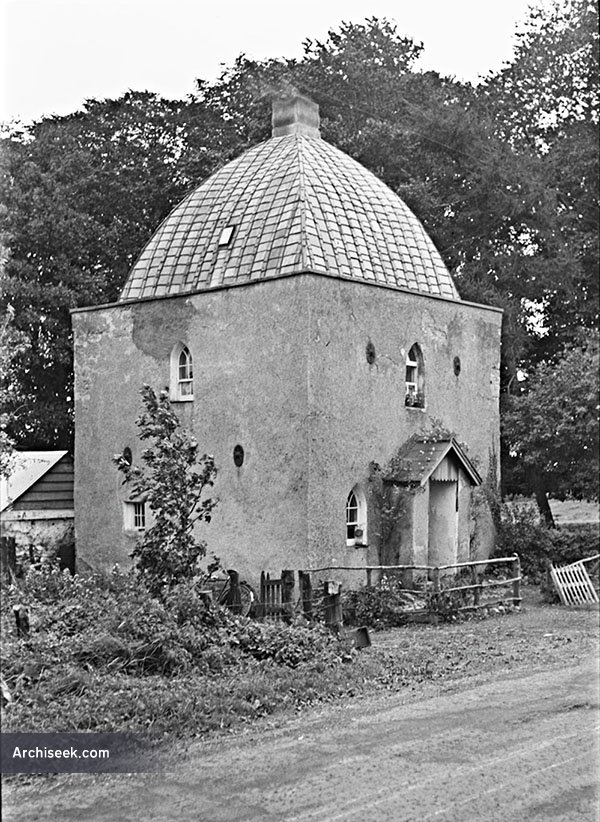 One of a pair of similarly eccentric gate lodges built for Summerhill House. According to local legend, “An architect was asked to design two gate-lodges to be placed at the end of the avenue on either side of the main road; the same architect also had to design two block-houses for the Indian Army to be sited to guard the Khyber Pass leading into Afghanistan. Needless to say the plans got mixed up and two low square block-houses with roofs like balloon-shaped pyramids were built on the road at Drumlargan. It would be interesting to know what the Indian Army thought about their blockhouses, but the Irish were intrigued with their “Balloon Houses” as they were soon named, and they remained an outstanding piece of local architecture until they were unjustifiably pulled down quite recently.” There are variants of this legend in almost every county in Ireland – any eccentric or odd design seems to have been really destined for some far-flung colonial outpost.