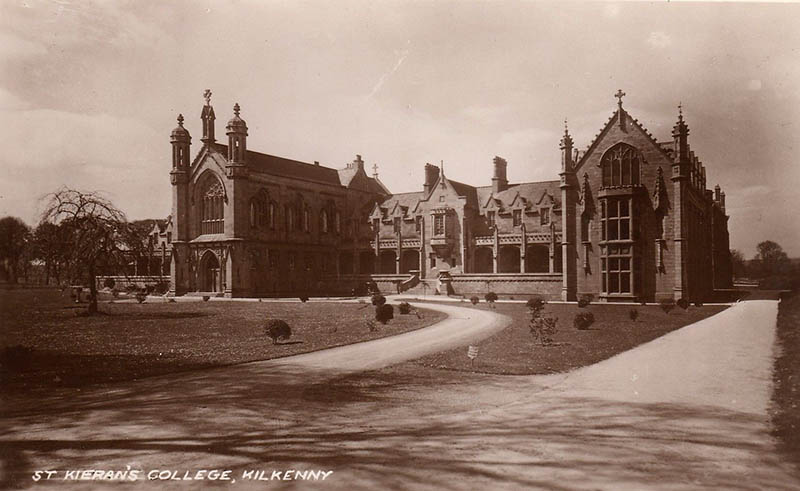 Saint Kieran’s College was founded as the diocesan school in 1782 and was one of the first of its kind in the country. Between 1836 and 1845 a new permanent building was constructed to designs by William Deane Butler who also designed Saint Mary’s Cathedral. The eastern wing was completed in 1838, with the west wing a year later. The central block was not completed until 1849. Further wings were added in the 1870s by George C. Ashlin; and in the early 20th century by W.H. Byrne & Son.