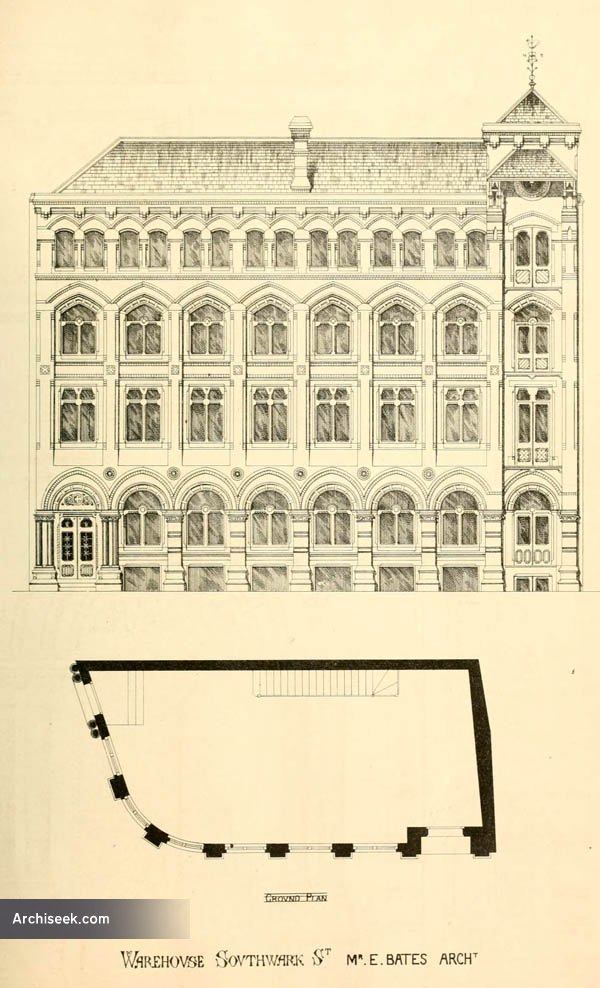 From The Building News: “WE this week give an illustration o£ a new warehouse, recently erected in Southwark-street, for Mr. R.J. Bates, of Little Knight Rider-street, Doctors’ Commons. It consists o£ basement, ground, and three other floors. The material used is chiefly white brick, stone being only sparingly introduced, namely, in capitals and bases of piers, and principal doorway, which have double columns on each side, and stone heads or tympanum. The windows are well recessed, the arches being o£ moulded brick, and double revealed. The front of the building is divided into eight bays. The principal entrance is in the first, and the one furthest from Southwark-street is recessed back for greater convenience, and has doors on the several floors for transmission of goods. This bay terminates above the cornice with a square tower, and has a pent roof projecting over the derrick, supported by framed brackets. Mr. Ernest Bates, of Manchester and, London, is the architect, and the cost has been about £3,000. “