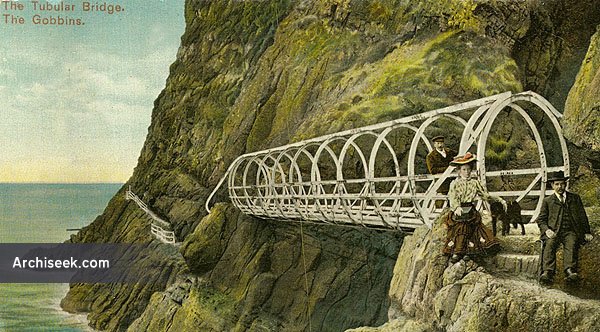 Designed by railway architect Berkeley Deane Wise as a tourist attraction for his employers the Belfast and Northern Counties Railway Company. This scenic path included staircases along the cliffs, dramatic tubular and suspension bridges and caves and tunnels carved through the rock.

It eventually stretched more than three miles. Bridges were constructed in Belfast and floated out from Whitehead on barges before being lifted into position, high above the sea. Wise died in 1906 leaving plans for an extension of the walk which were never realised. It was closed in 1961 after maintenance costs became too high, and since then, landslides and coastal erosion have taken their toll on the paths. Plans to re-open the path has been discussed.