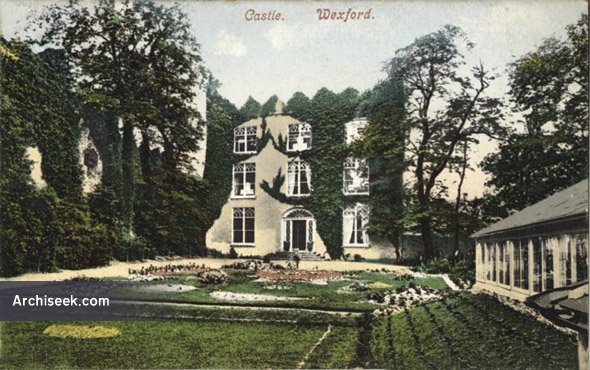 A georgian house, with extended windows and Irish-style castellations. Another view in the Lawrence Collection, in the National Library, taken in the early 20th century, shows it closed-up and semi-derelict. Mostly demolished, between then and 1941. A fragment of ruin now remains off Parnell Street in Wexford town. Most recently the site of Wexford Farmers Co-op.