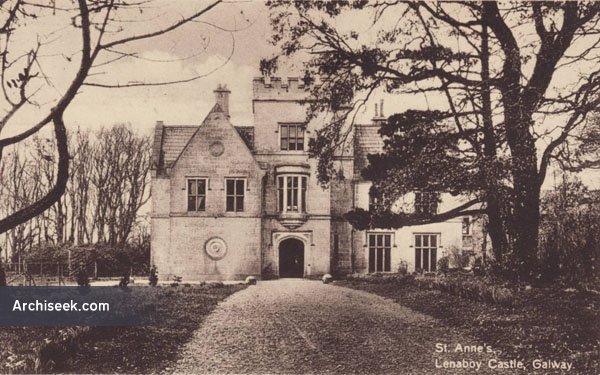 House built for Captain O’Hara at a reported cost of £3,500 in the Dublin Builder. Later taken over by the Sisters of Mercy and ran as an Industrial School, known as St. Anne’s. Galway City Council has twice requested the Order hand over the lands for the development of a public memorial park for the people of Galway but this has been categorically ruled out. The building is now owned by the Health Service Executive (HSE). Instead of donating the 10-acre site to the city, the Order is planning to build a retirement village for around 40 sisters, a house to house Provincial Archives and a primary health care facility.