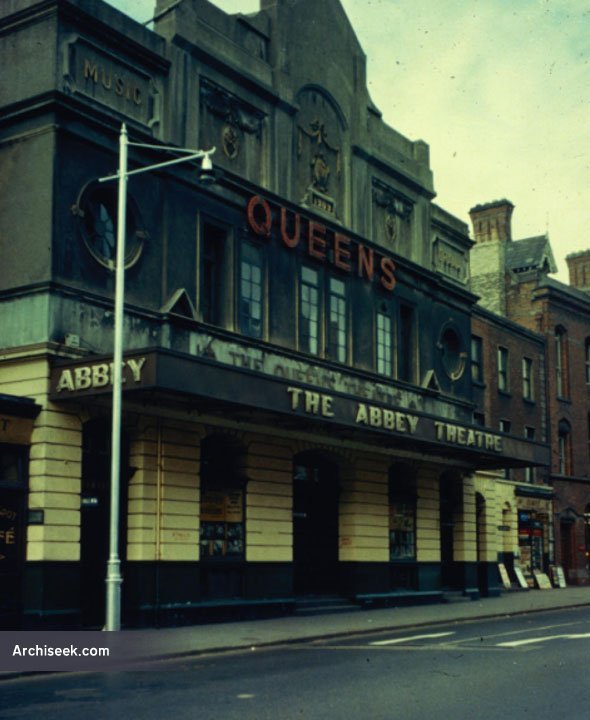 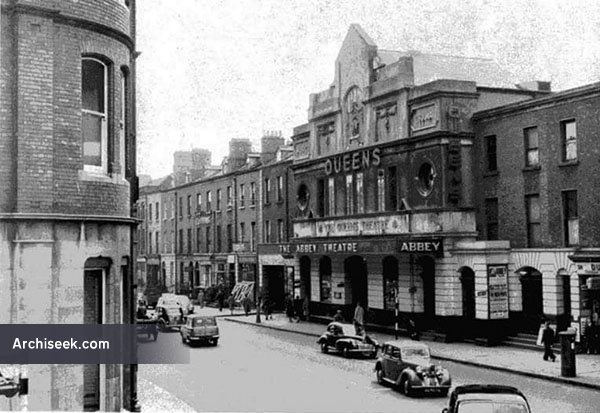 Now demolished, but built as a variety theatre in 1844, rebuilt in 1909, and later used by the Abbey Players after the Abbey Theatre was destroyed in a fire in 1951. It remained in use by the Abbey until 1966. The theatre closed in 1969 and was demolished in 1975. The site is now occupied by a modern office building used by Trinity College.