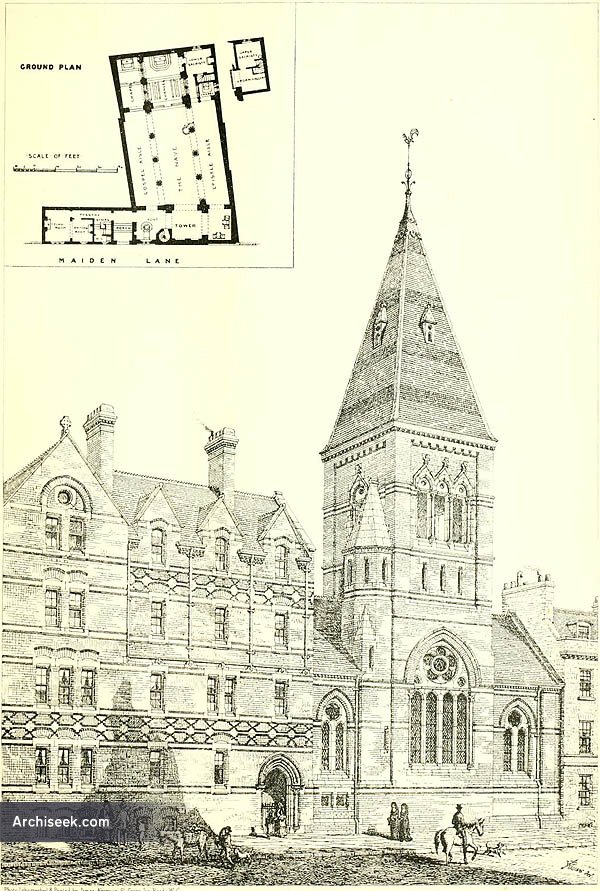 The foundation stone of Corpus Christi was laid on 5th August 1873. Pownall created Corpus Christi in the same style as his design for the Sacred Heart, Holloway, Early English. Pownall had to struggle with a cramped and awkward-shaped site, and to mollify local concerns about the proposed height of the church, he sank it three feet below the level of the pavement. From the official opening in 1874 it took another 82 years before the original debt could be paid off and, as a result, the church was consecrated on 18th October 1956

Published in The Building News, October 23 1874: “We give this week a view of the church and presbytery in Maiden-lane, which was opened on the 21st inst. by the Archbishop of AVest- minster. The works have been carried out at a cost of £8,000, by Messrs. Sharpington and Cole, builders, of Westminster-bridge-road, from the designs of Mr. F. H. Pownall, of Montagu-square. Mr. Gressendell has acted as clerk of the works.”