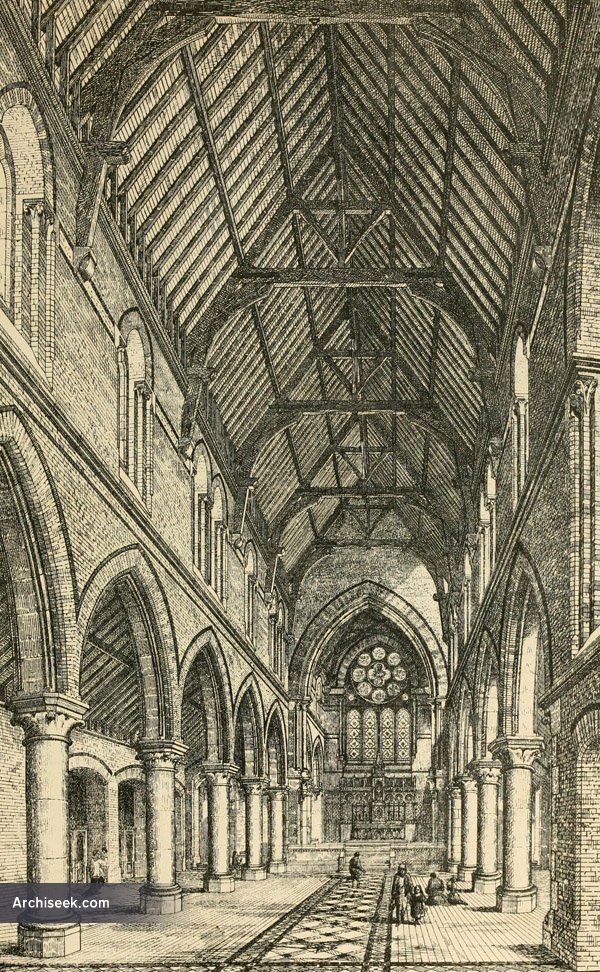 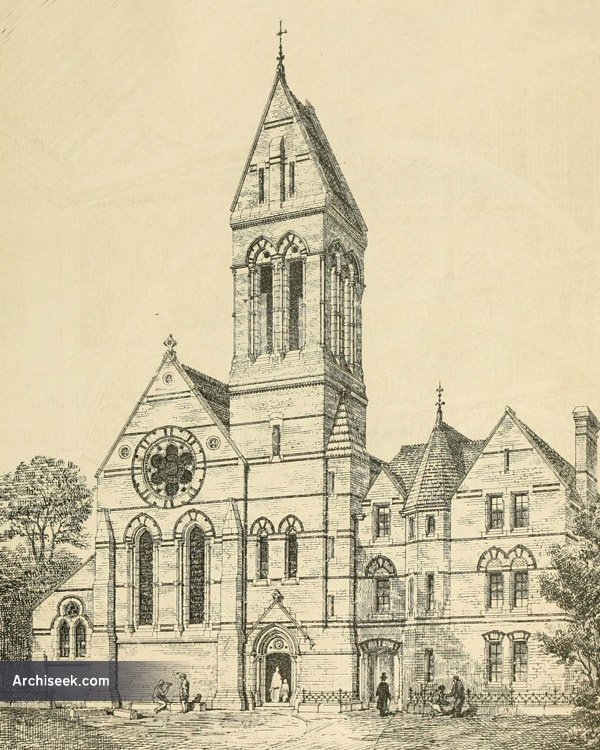 The foundation stone of the church was laid on 5 August 1869, with the finished building costing £7,000, it was opened on 18 August 1870. The church from the outside, the “west” front, flanked by the presbytery and the former parish school, is asymmetrical, with a lean-to aisle roof to the left, and a stout tower to the right with a porch at its foot. Pownall’s original design for the tower had three storeys with a pair of lancets, a tall bell-stage with paired bell openings and a saddle-back roof was not completed due to financial constraints.

The original Victorian stained glass was manufactured by John Hardman of Birmingham. Most of it was destroyed in the Second World War, but survivors include the fine windows in the side aisle which show four English Reformation martyrs: St John Fisher, St Thomas More, St Edmund Campion and Blessed Margaret Pole.

From The Building News, June 18th 1869: “ON the 21st o£ May last we gave an exterior view of a new Roman Catholic Church about to be erected at Holloway, under the direction of Mr. F.H. Pownall, architect. We this week redeem a promise we then gave by supplying an interior view of the same church, which will be of the Early character. Our illustration is produced by the photo-lithographic process by Messrs. Whiteman and Bass, from a drawing supplied by Mr. Pownall.”