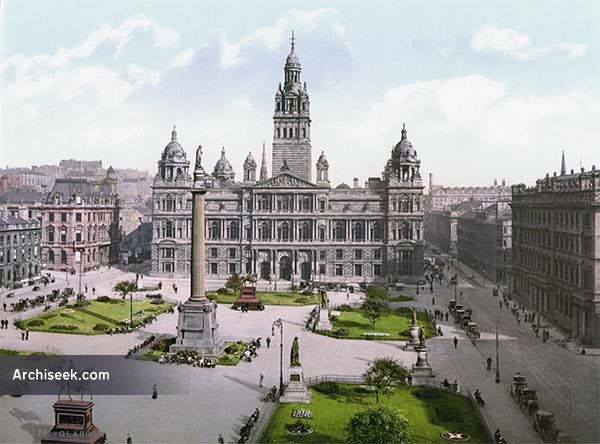 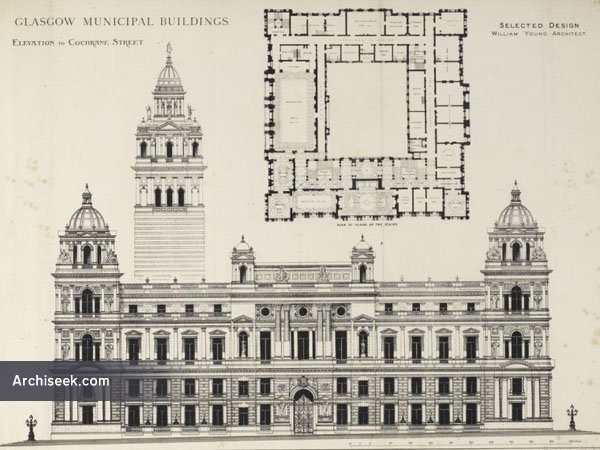 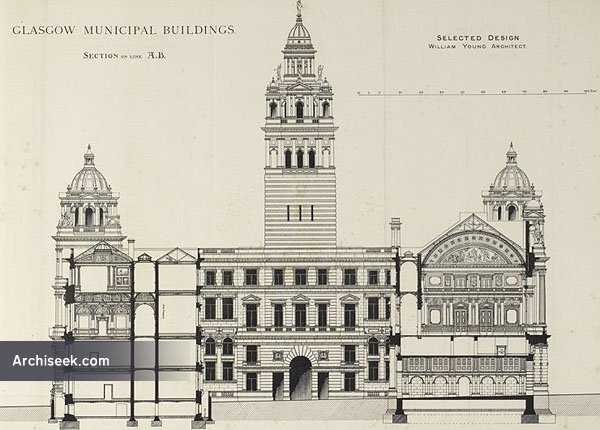 Designs for successful entry in competition to design new city hall, published in The Building News, September 15 1882. The winning design was by William Young, a London-based architect whose grandiose design impressed the city fathers. Young had spent time in Italy and his design incorporated many classical Italian features. 600,000 people gathered to watch the laying of the foundation stone on 6 October 1883. Five years later, Queen Victoria performed the formal opening.

The building is in the Beaux arts style, an interpretation of Renaissance Classicism incorporating Italianate styles with a vast range of ornate decoration, used to express the wealth and industrial export-led economic prosperity of Glasgow. No expense had been spared and the main staircase (seen here) is solid Carrara marble for three floors of the building. The wall panels are made of alabaster. The original budget had been £150,000 but that rose to £578,232. When it opened, it was one of the first buildings in the country to be lit by electricity.