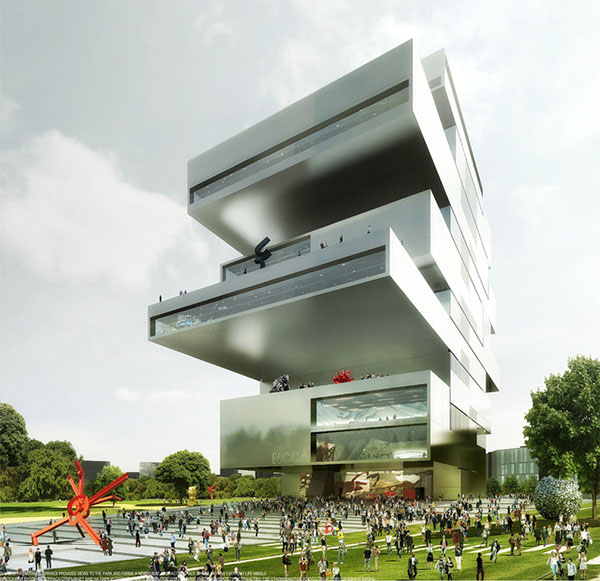 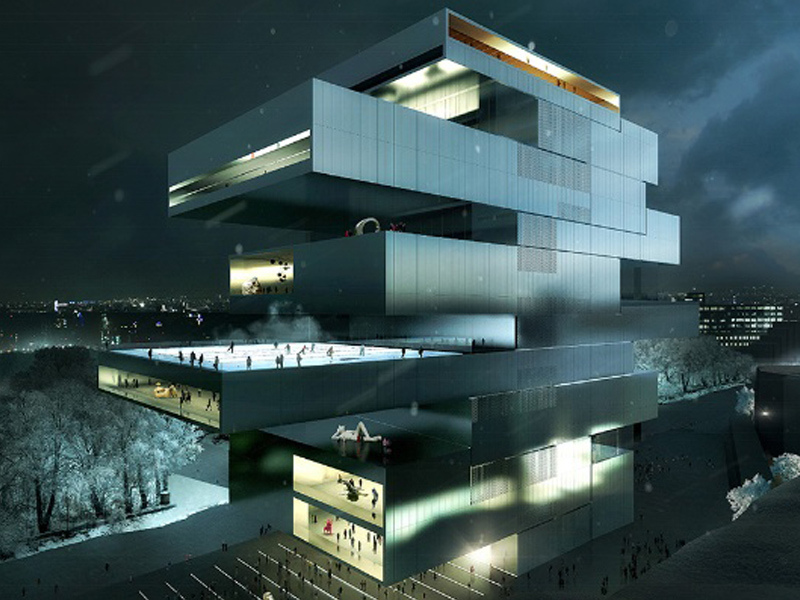 Dublin-based Heneghan Peng Architects have won an international competition to build Moscow’s National Centre for Contemporary Art. The firm was selected from a shortlist of three that included Moscow’s MEL Space and Madrid’s Nieto Sobejano Arquitectos to design the centre. The building includes spaces for exhibitions, lectures, conferences, concerts and performances.

“This proposal positions the NCCA building as a vertical element at the centre of Khodynskoe Pole rising above Aviapark. The verticality concentrates the activities on the ground to create an intensity at a single point in this vast space. Given the scale and relative sparsenesss of activities in the area, the aim is to concentrate the flow of people to generate an excitement and energy which can then expand into other areas as the park develops.

In this proposal, the exhibition spaces are designed as a series of stacked galleries allowing people to either visit a particular gallery of interest or browse through the entire collection. The advantage of the vertical organisation is that galleries are quickly accessible, allowing one to go straight to a single floor without moving horizontally through layers of gallery.” 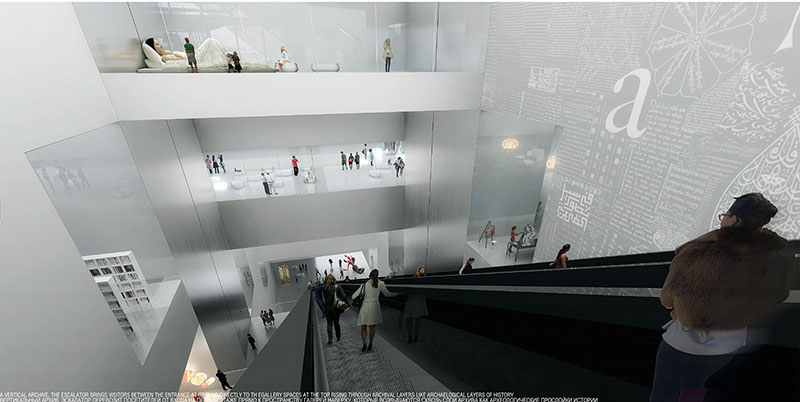 “The landscape proposal responds to the scale of the park, and to its history as an airfield. The Runways are retained as elements of intensity and activity while the remaining areas are conceived of as a naturalistic landscape. In the middle of all this development, on the edge of this large city, an intense natural environment is proposed to afford a space apart from the everyday world of apartments and cities. The Runways are proposed as the exception to this intense nature, becoming home to a new range of activities: ice rinks, formal flower gardens, and skateboard areas.”